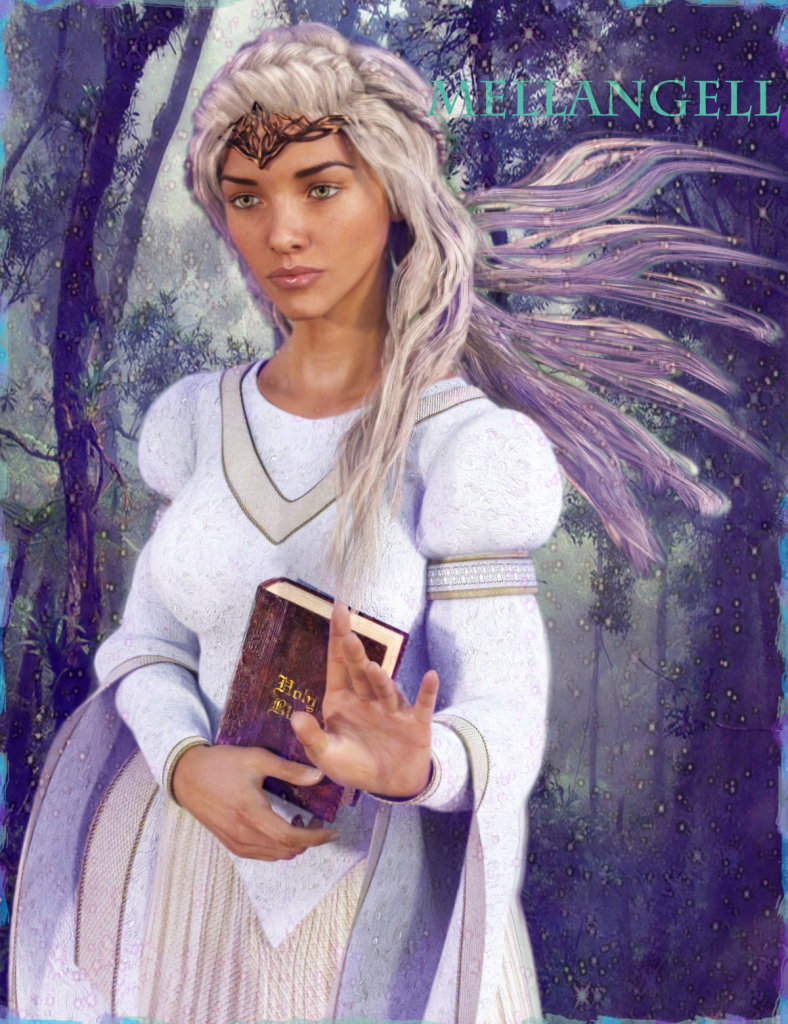 Saint Melangell, AKA Saint Monacella, was an Irish princess who had consecrated herself to Christ as a perpetual virgin.  When her father disregarded her vows and arranged a betrothal  for her, she fled to Wales.

She found refuge deep  in the woods, and is said to have remained living there in seclusion for years, renouncing her royal heritage for a life of prayer and solitude.  She is said not to have ‘beheld the face of a man’ for 15 years, and a 1/4 mile from her shrine is a cleft in pure rock still known as Melangell’s hard bed: Gwely Mellangell.

One day, the Prince of Powys was out hunting hare.  In the middle of the hunt, the dogs suddenly gave up the scent, and fled to the huntsman. When encouraged to take up the trail, the dogs only stood and howled.

The Prince dismounted and entered a thicket, only to find a beautiful maiden holding his prey, ( some versions say that the Saint  was sheltering the hare in her skirts )

When he heard Saint Melangell’s story, the Prince, Brochwell, gave her the land, saying  ‘ Let this place become a perpetual asylum and a refuge, in recognition of God’s protection of this little wild hare by his servant Melangell.’

Saint Melangell had a small church built and spent the next 37 years as the abbess of the small community she founded there. Legend has it that  the land was blessed with many wild hares which showed so little fear of men that they were called ‘Melangell’s little lambs’.

The church has recently been restored and contains a wooden carving depicting the saints legend. She is still popular in Wales and the shrine still receives many pilgrims. 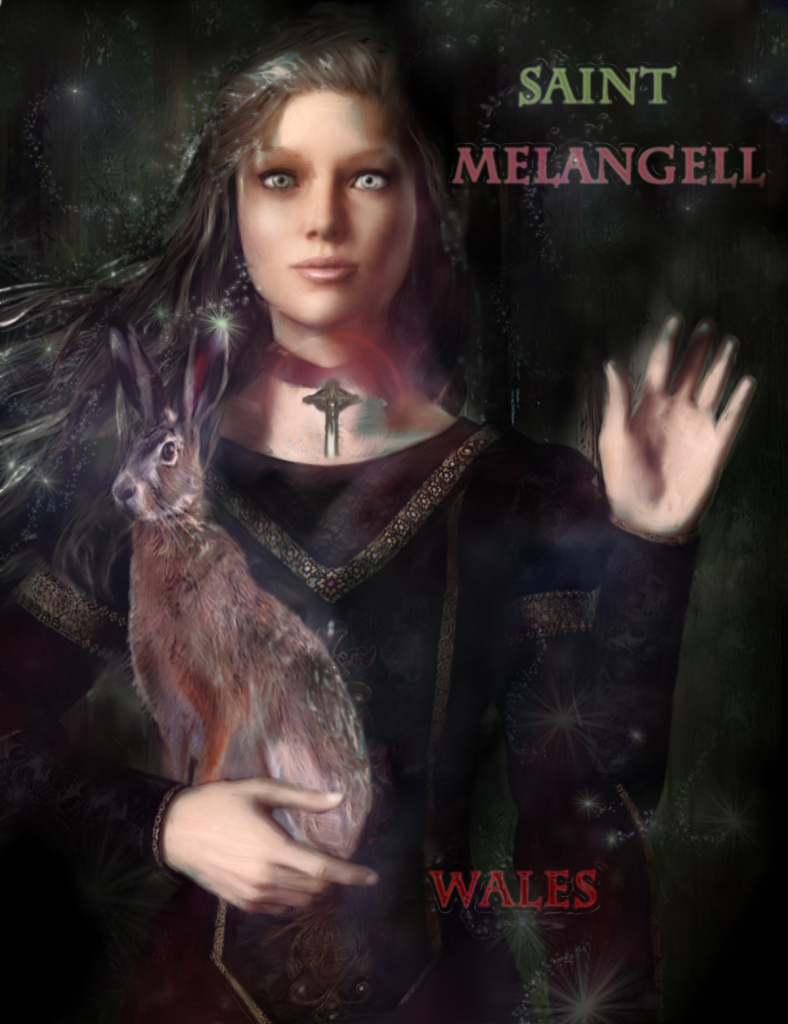 In  ‘Journey to Pennant Melangell – Welcome for Pilgrims’,  a modern writer speaks of the growing devotion to Saint Melangell and it’s relevance to modern life:

“It is a story which speaks to us about the clash between a violent and aggressive world and a way of life which puts all its trust in God. It is a way of life which is prayerful and quiet, full of compassionate care for all living things. It makes vivid something of early Celtic Christianity which greatly fascinates people today living in a world which is very different and yet strangely similar.”

Her feast day,  May27, is still celebrated in Wales. 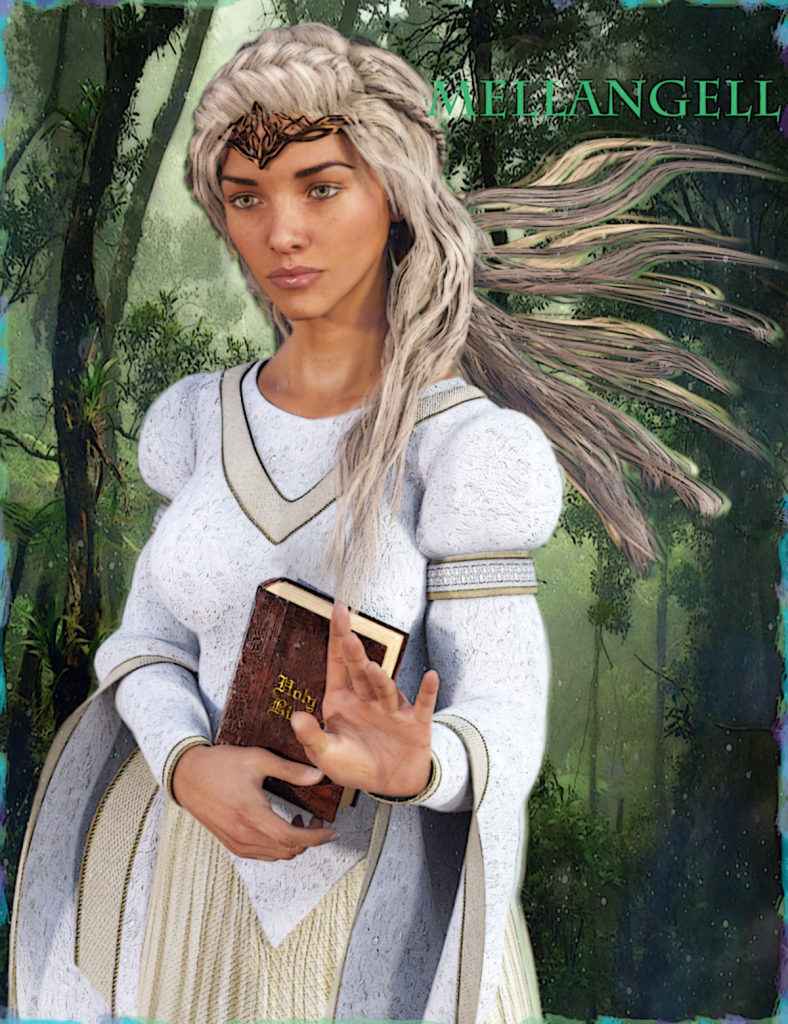