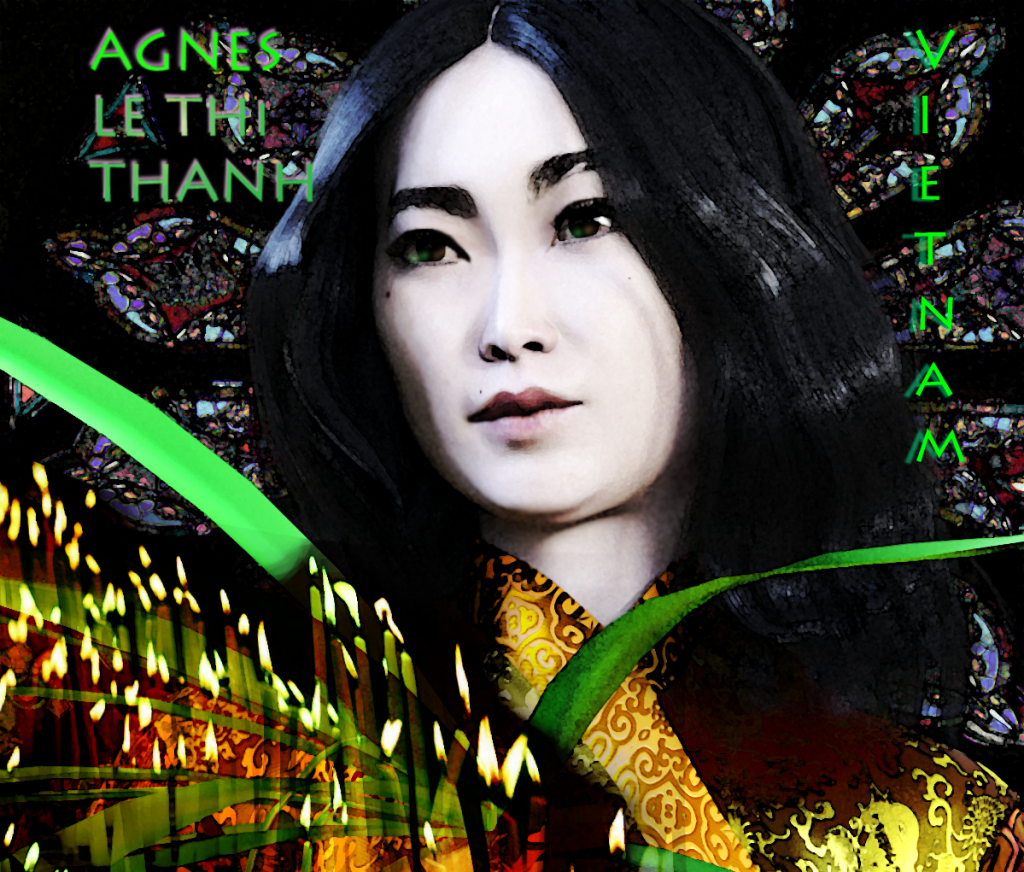 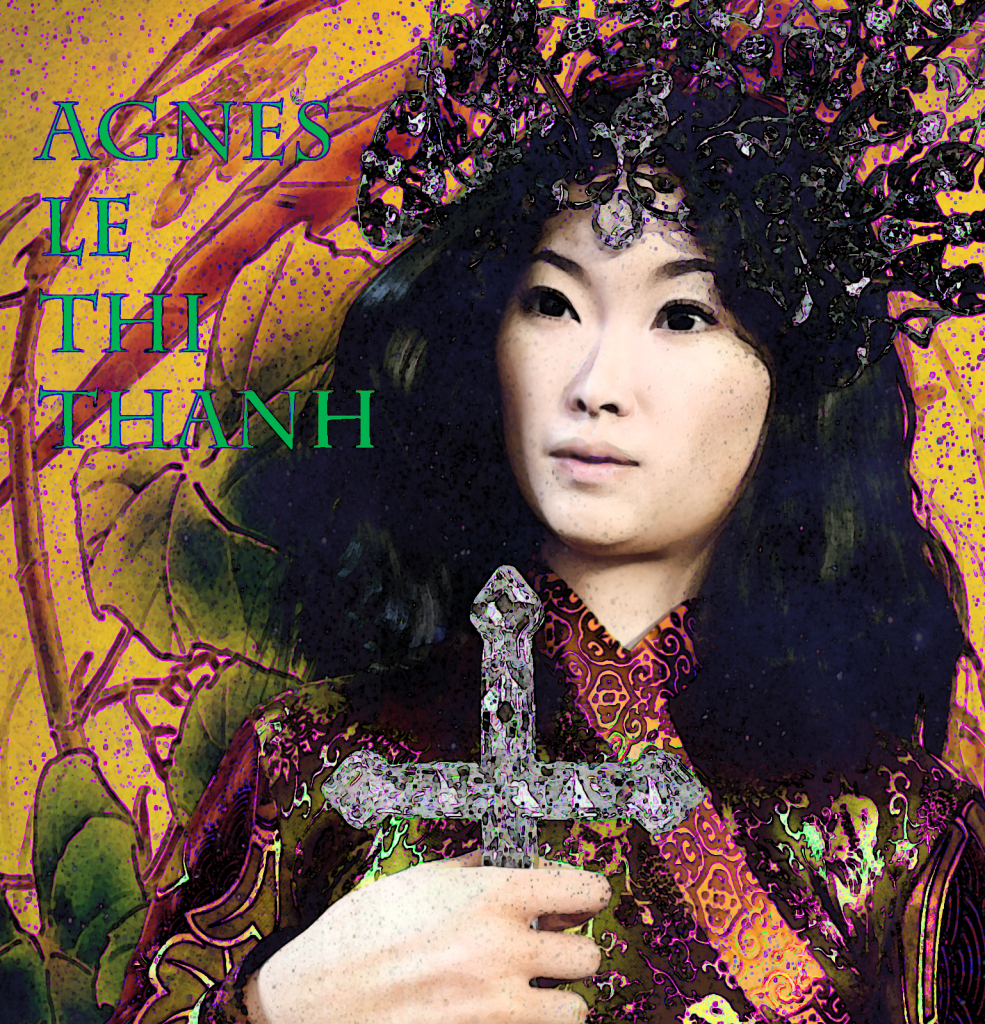 Saint Agnes was born in North Vietnam in 1781. She was raised as a Christian, married young and raised 6 children. 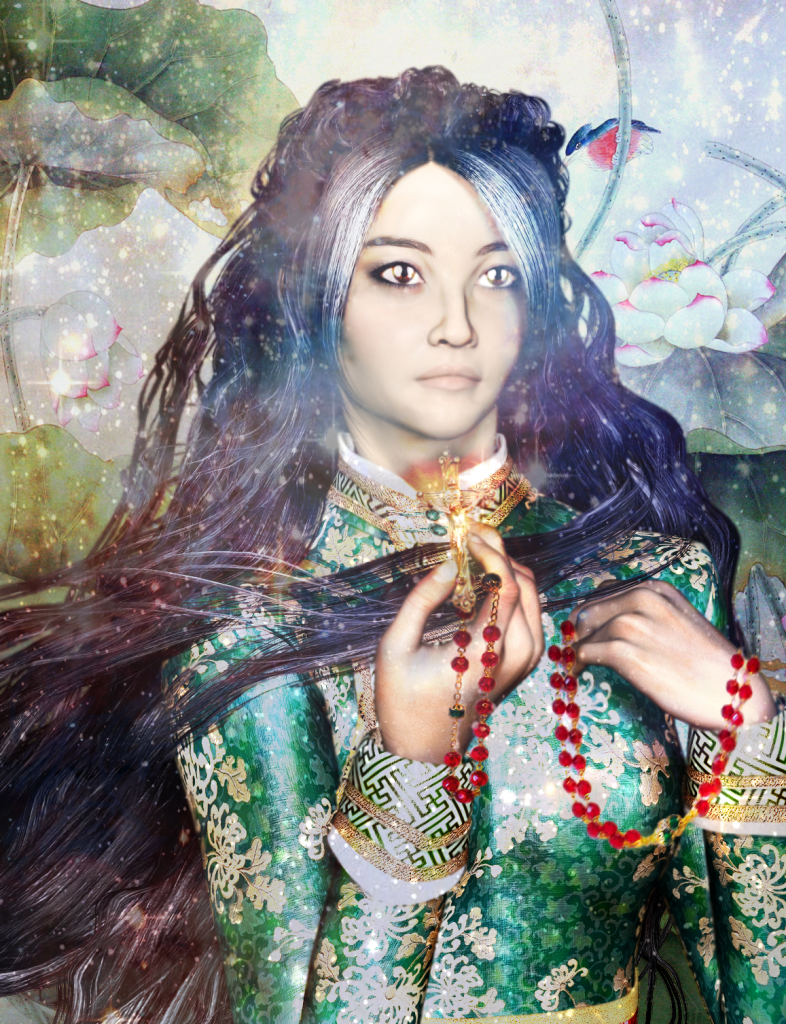 At this time, the Mandarin Emperor, Ming, was actively persecuting Christians. For many years Saint Agnes, fully aware of the danger to herself, hid the local Catholic priests who had to stay hidden even while preforming the sacraments throughout the villages. The Saint found them safe sanctuary, even hiding them in her home, and then helped them to travel under disguise. 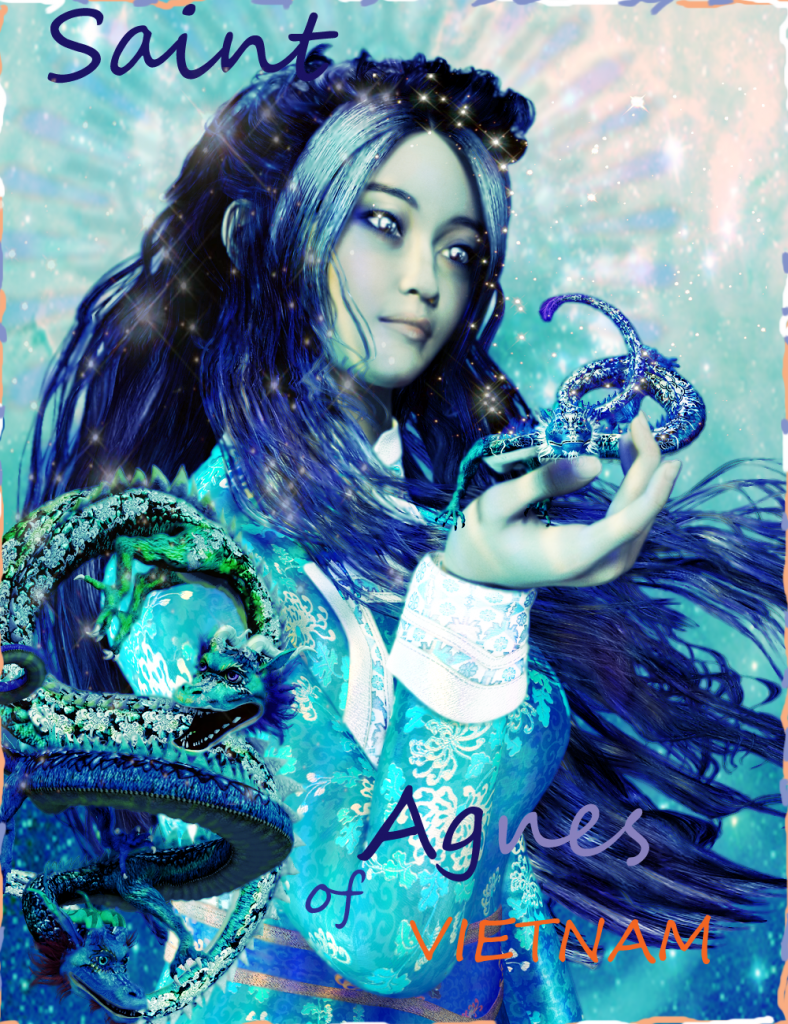 At age 63, she was arrested and told that she must renounce the Christian Faith. She refused, and the magistrate ordered her to be beaten, humiliated, and jailed. When her husband came to visit her in jail he was horrified by the blood and bruises where she had been beaten on the legs with sticks. Saint Agnes said:

” Thanks to the graces of Our Lady, I can bear this pain.” 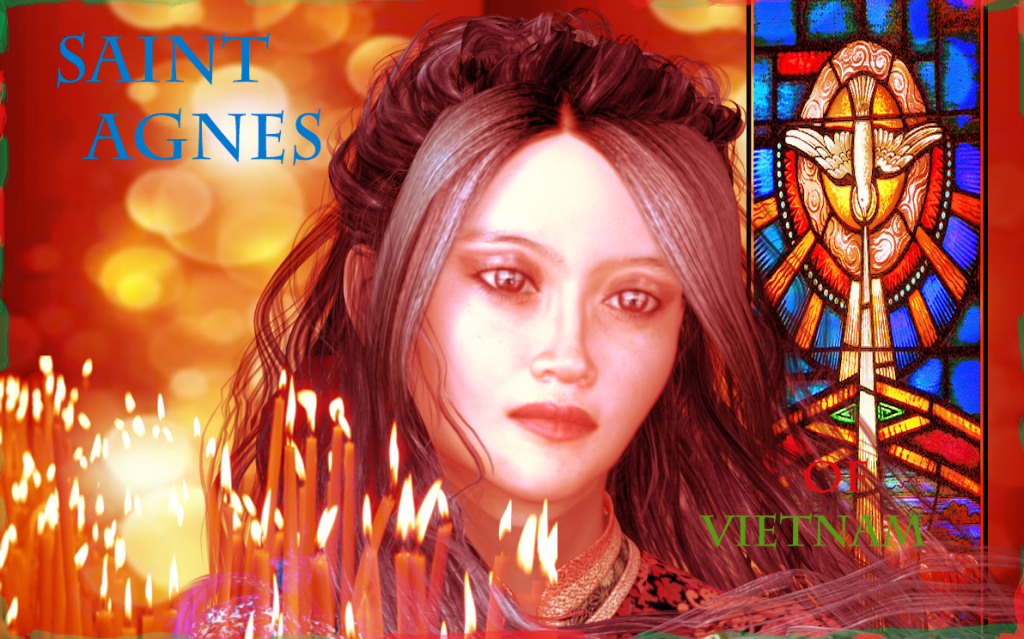 The jailers then bound her legs and put poisonous snakes in her pants. Saint Agnes was in great fear, but she asked God to give her courage and was able to hold stock still so that the snakes did not bite her.

When the Saint’s daughter was allowed to visit her in jail, she began to cry piteously at the sight of her mother’s many dark red bruises. Saint Agnes comforted her daughter saying:

“Do not lament me, my daughter, these are the red roses of courage”.

She died in jail from her wounds. 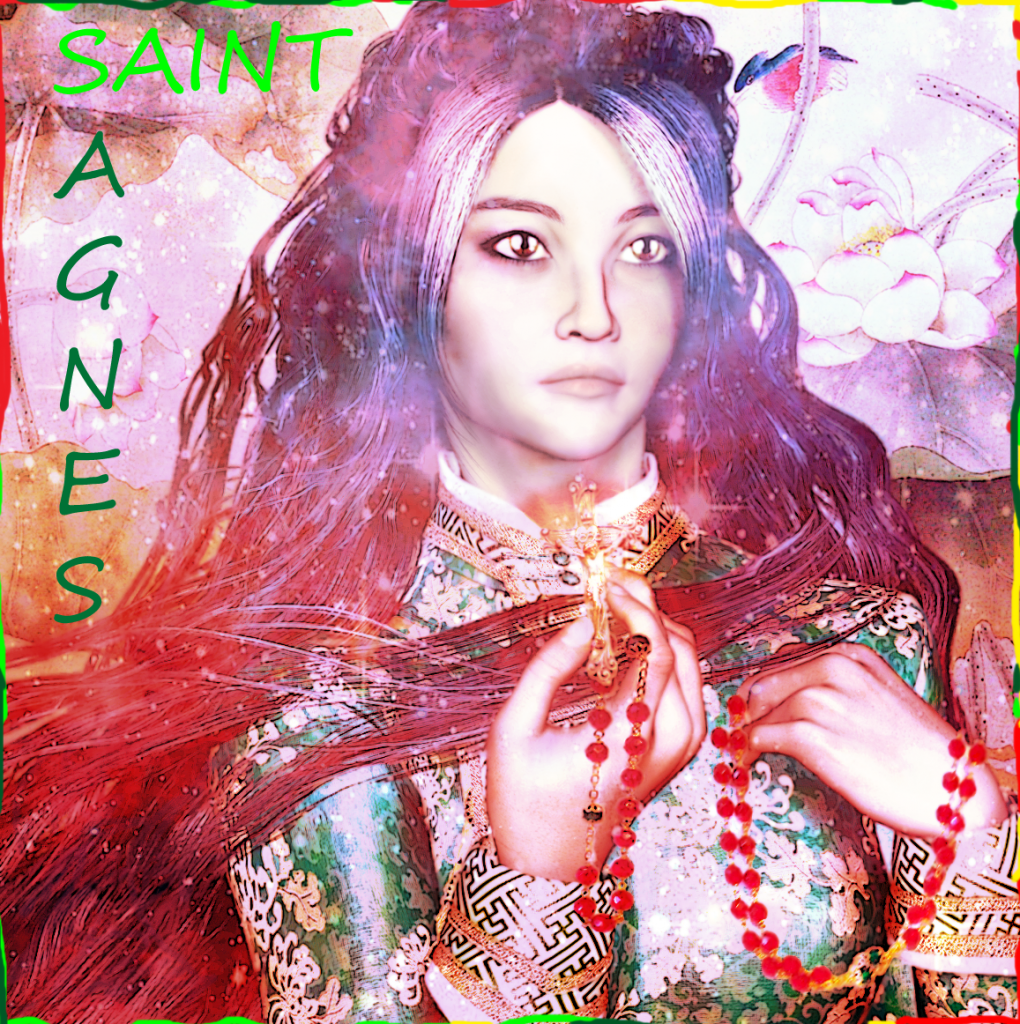 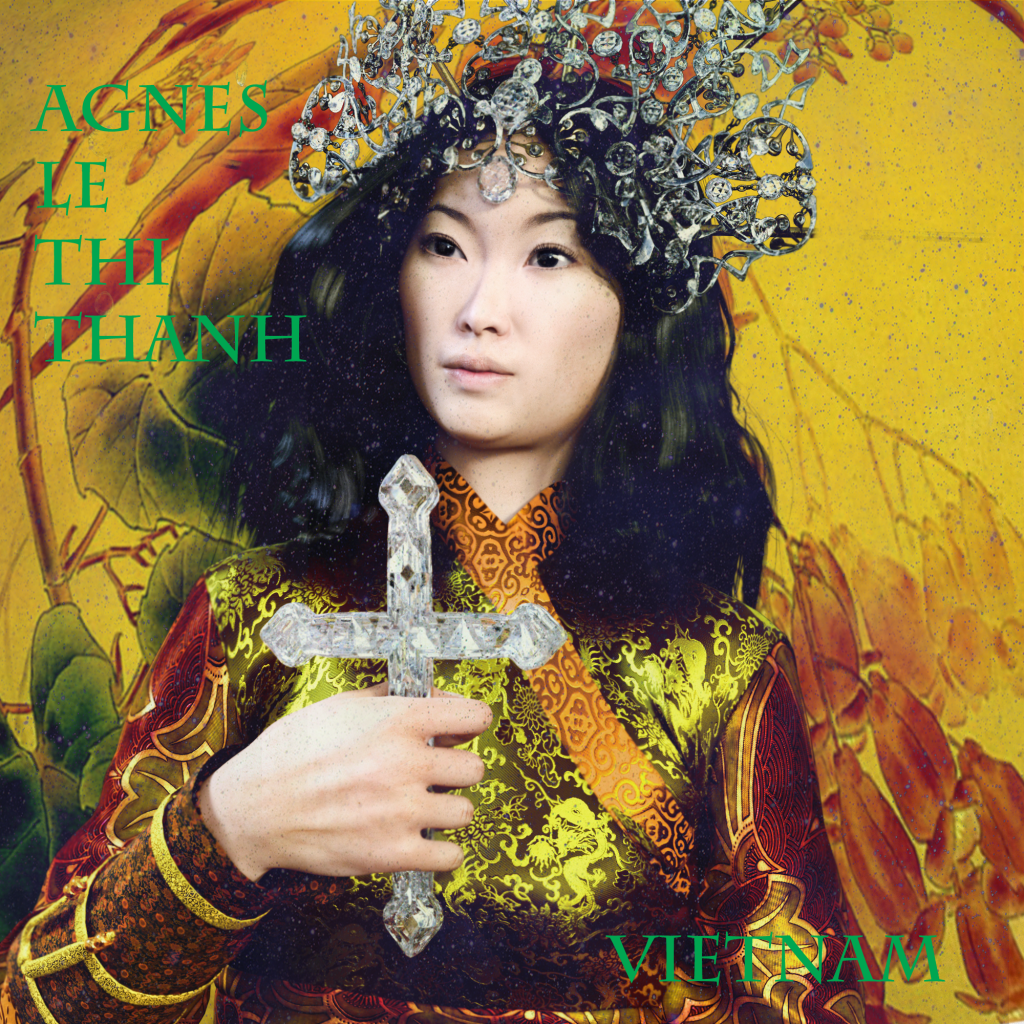 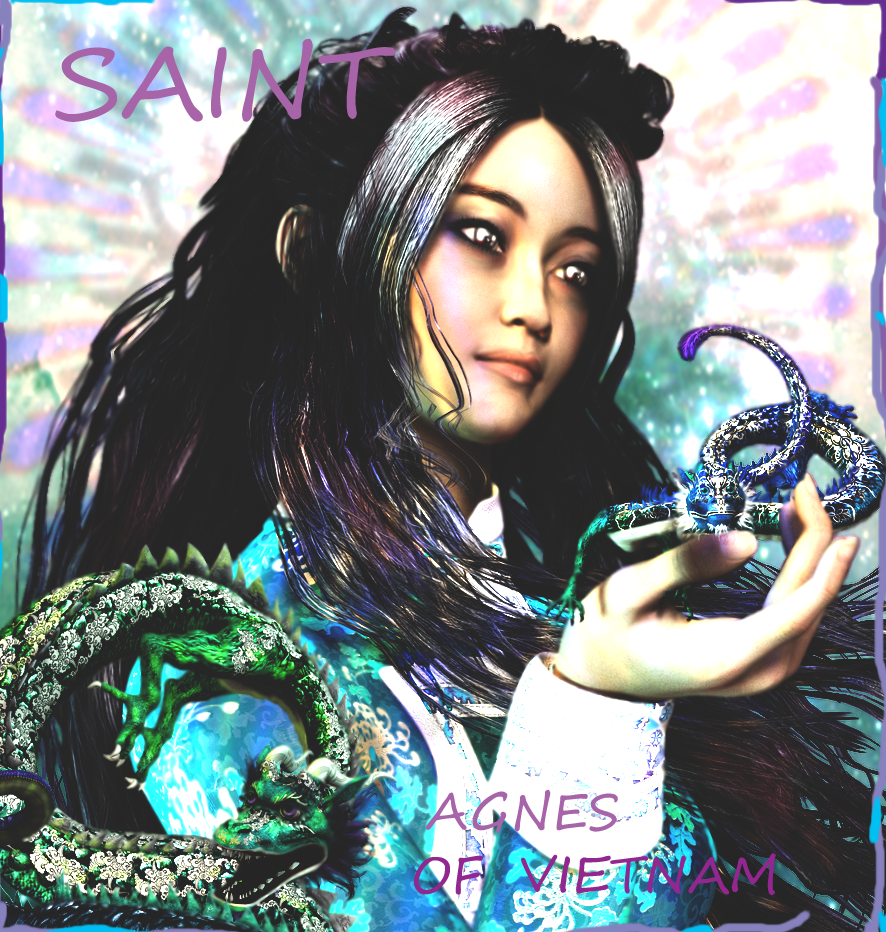 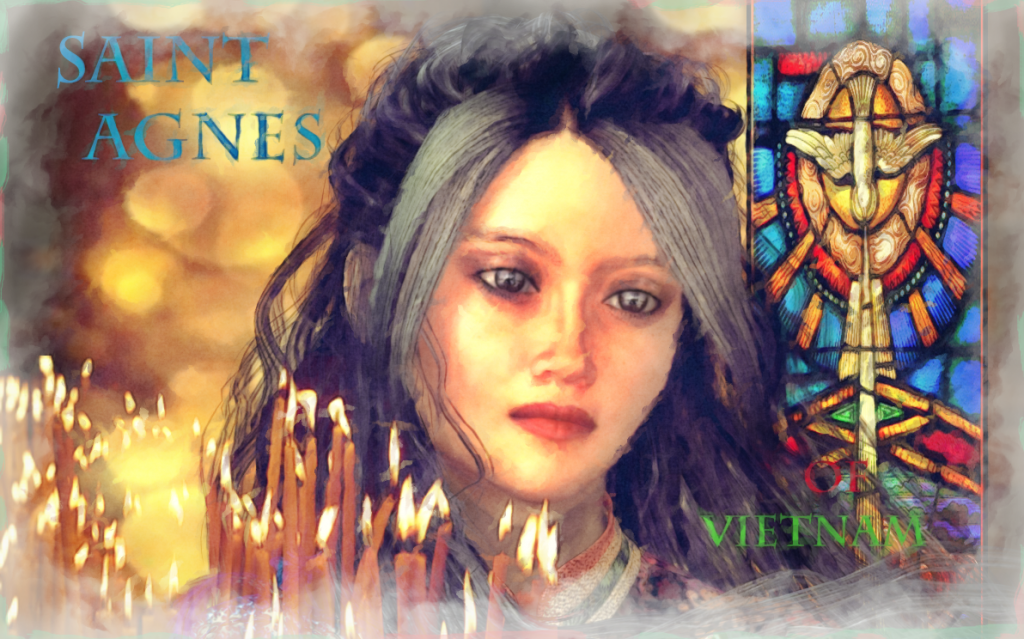 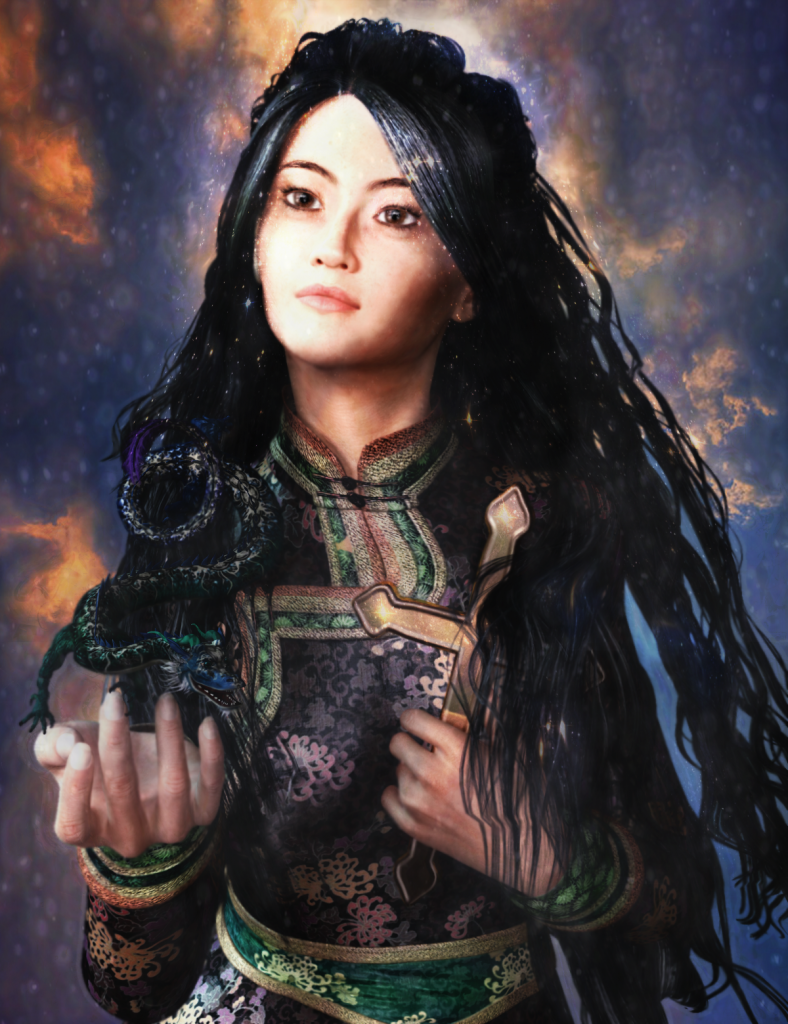 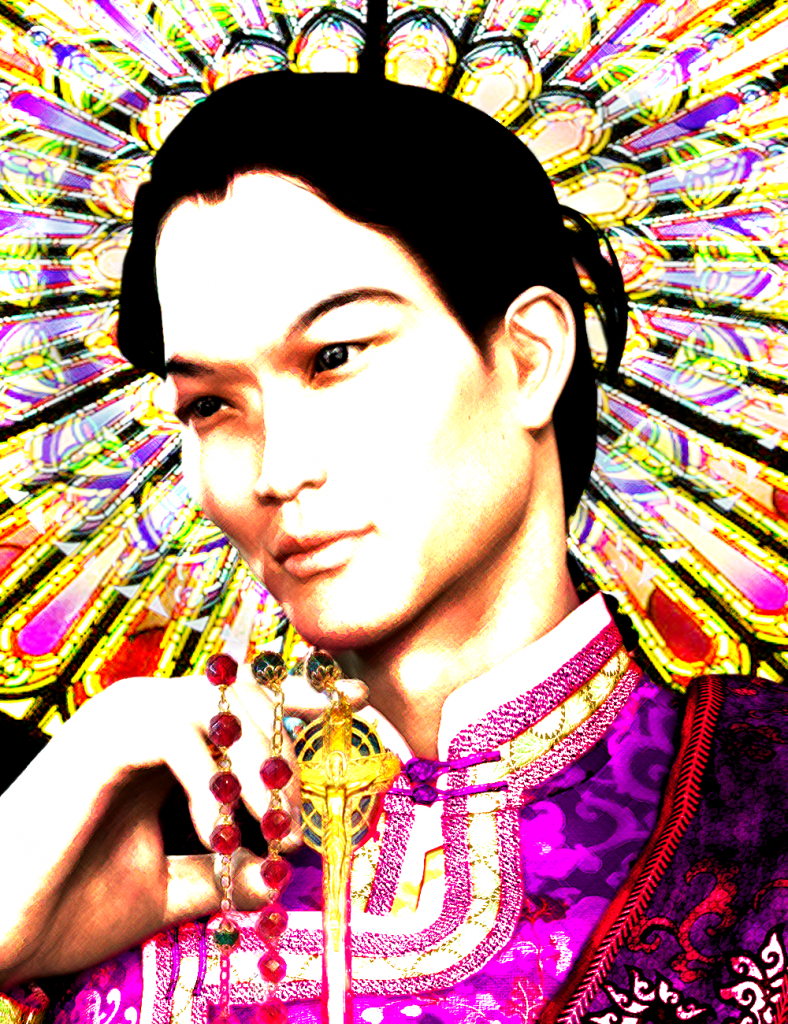 Saint Lorenzo Ruiz is the Patron Saint of the Philippines

Born in Manila to a Filipino mother and a Chinese father, Saint Lorenzo was an alter boy and was educated by Dominican Friars. 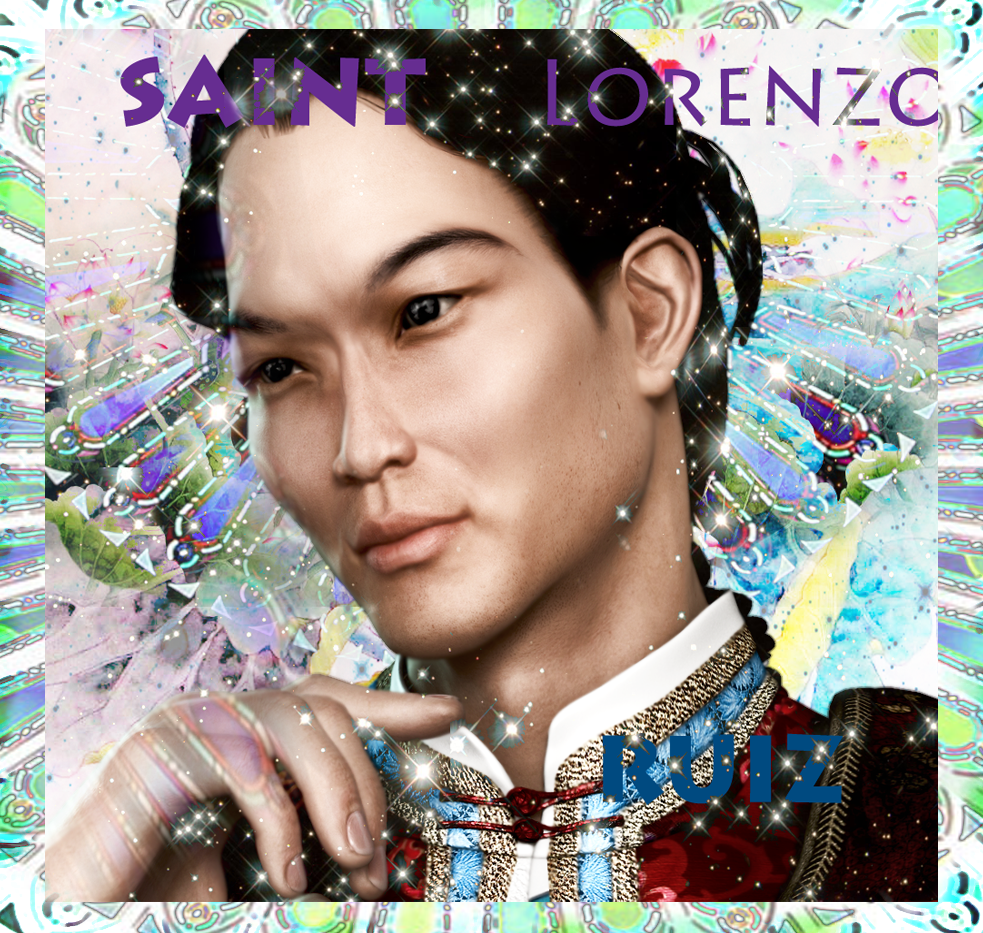 He grew up, working as a calligrapher for the Dominicans, married, and fathered two sons and a daughter.
He was accused of a murder and sought asylum on a ship with three Dominican priests. He did not realize until they were underway, that the Dominicans were on a dangerous mission to Japan. At this time the Shogun was actively persecuting Christians.

When they landed, all were immediately thrown into prison where they remained for two years. They were then sent to Nagasaki Japan, to be tried by torture such as bamboo splinters under the fingers and waterboarding. They were found guilty of being Christian, and were hung upside down inside a pit of garbage until death.

During the torture, he was offered his life if he would recant his faith.  Saint Lorenzo’s last words are reported to be ” Had I a thousand lives , all these to him I should offer”. 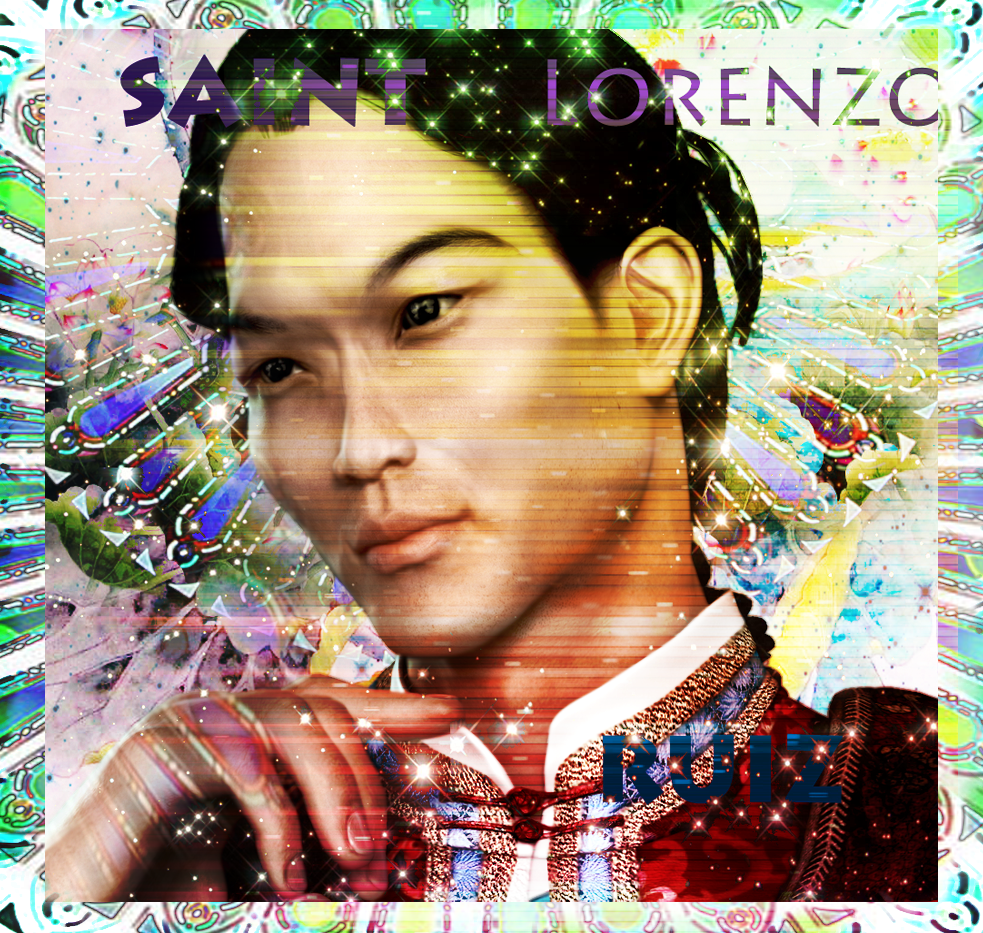