Saint Marina was born in Omura, near Nagasaki Japan. Omura had once held many Christians, in fact, Omura Sumitada, it’s early overlord, had been the first baptized Japanese Christian, many generations ago. 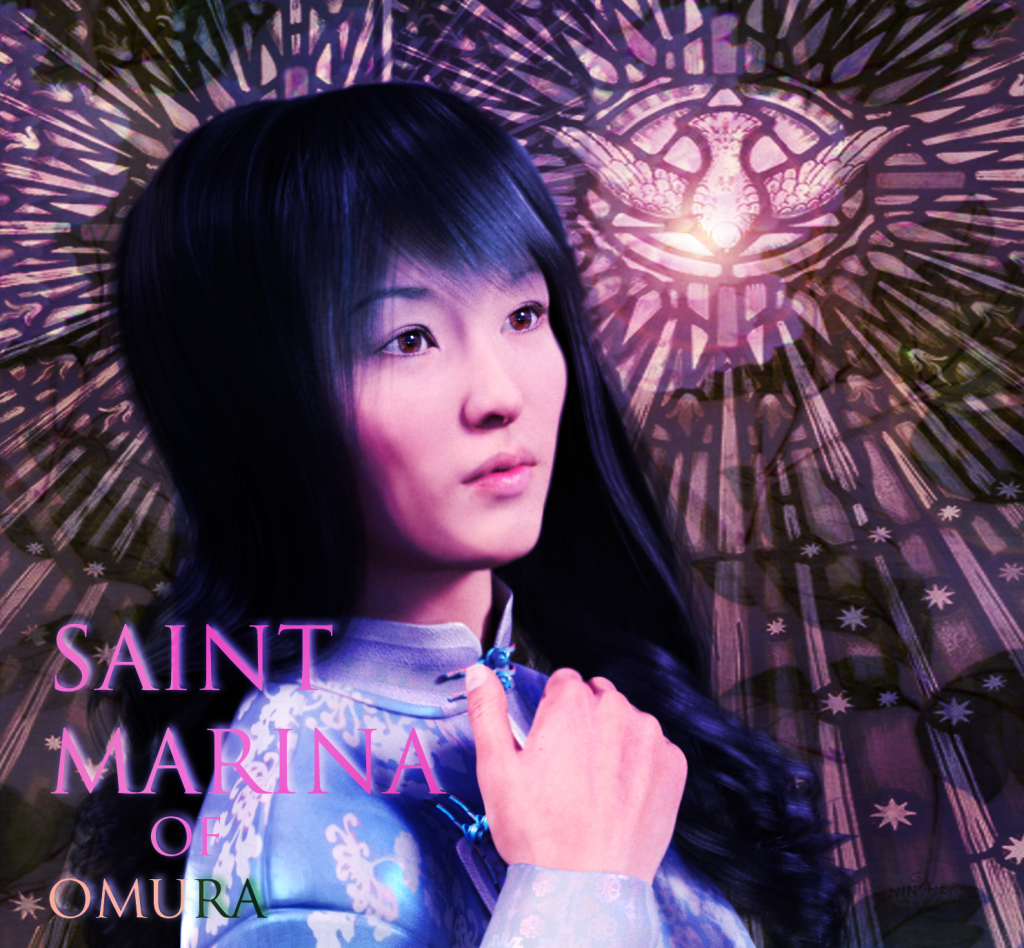 By the time of Marina’s birth,Christianity had been outlawed under penalty of death throughout Japan. As a young girl, Marina was very devout, and consecrated her virginity to Christ. She joined the Dominican order in 1625.

Ar great risk to her own safety, the saint opened her home to give sanctuary to persecuted Christians and the priests who were constantly hunted. Her home was known as a refuge, and Christians constantly came to her seeking encouragement and strength to remain faithful in the face of the constant risks and increasing threats.

When  Marina was caught and arrested,  the magistrates decided to make an example of her.  The virginal saint was paraded nude through Omura, with her hands tied behind her back and allowed to wear nothing but her long black hair. 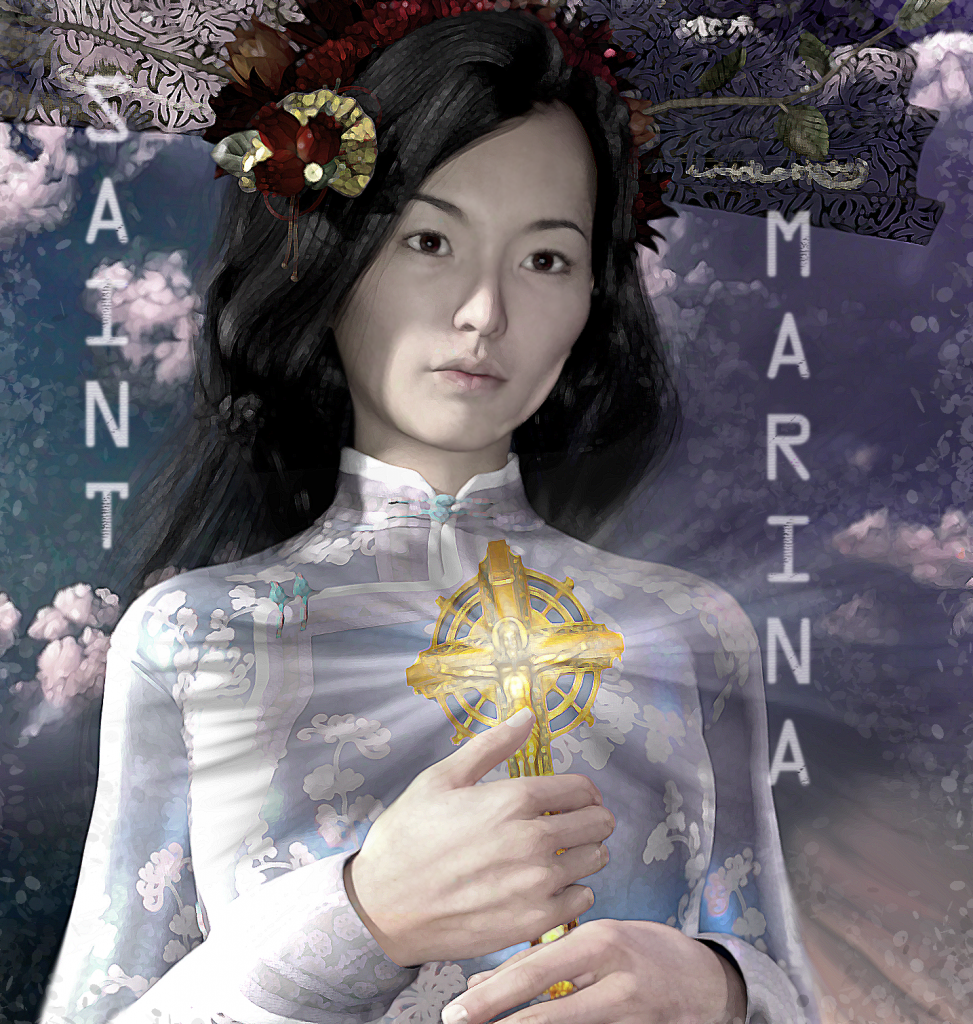 Both European merchants and sailors who witnessed her march of shame proclaimed her the ‘bravest and strongest woman of Japan’, due to her calm and humble demeanor throughout the ordeal.

Saint Marina was then sentenced to death by slow fire, to be burned alive on wood especially wetted to  prolong the  burning time and agony of the victim.

To the magistrates dismay, the saint did not cry out in agony, and her voice was heard through the flames as she prayed for her fellow Christians and for the souls of those who had sentenced her. 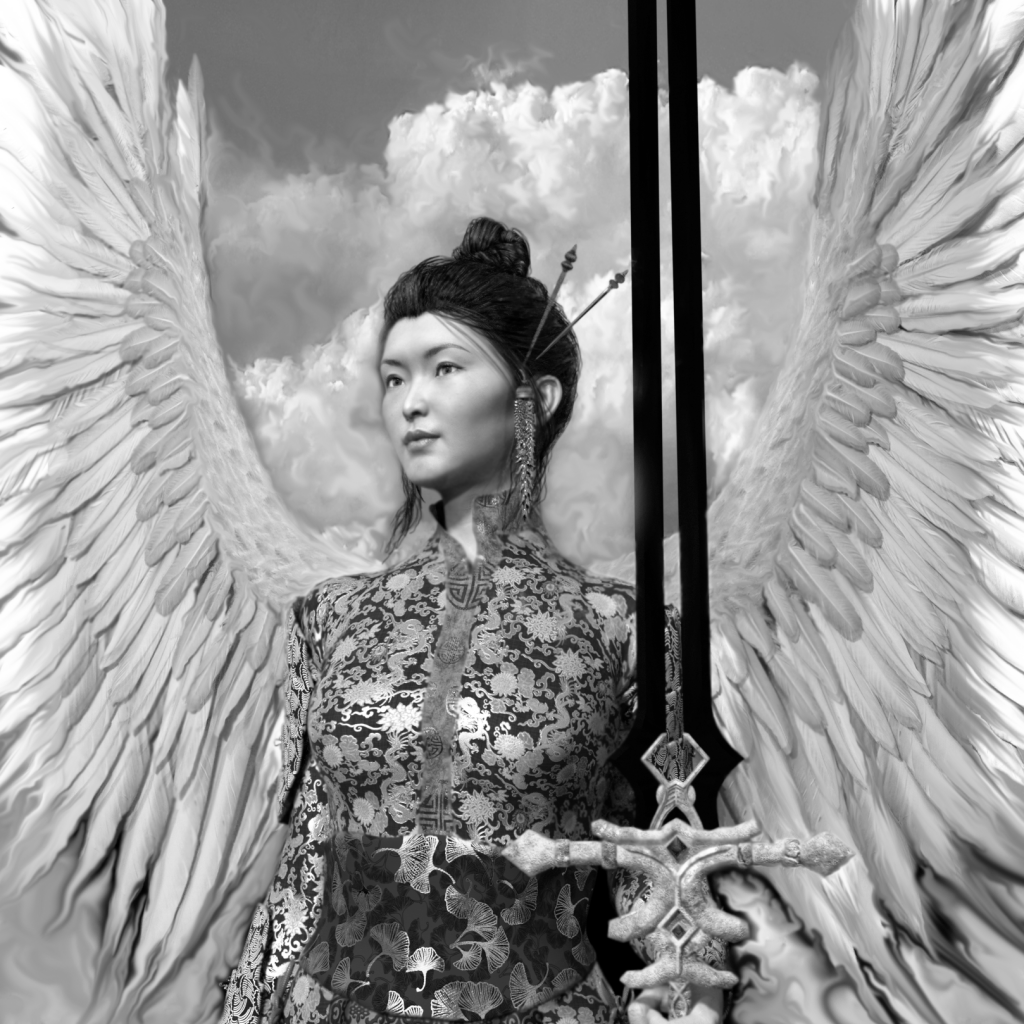