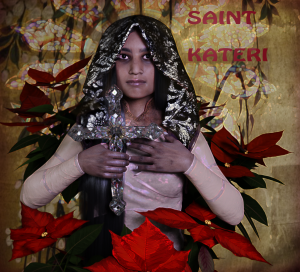 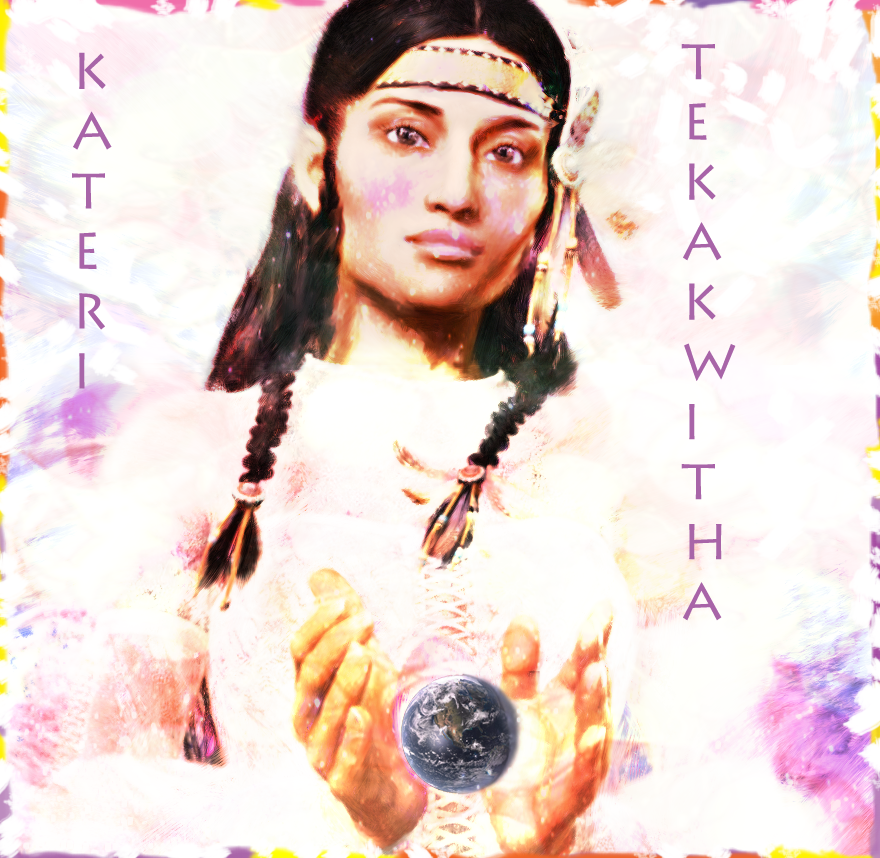 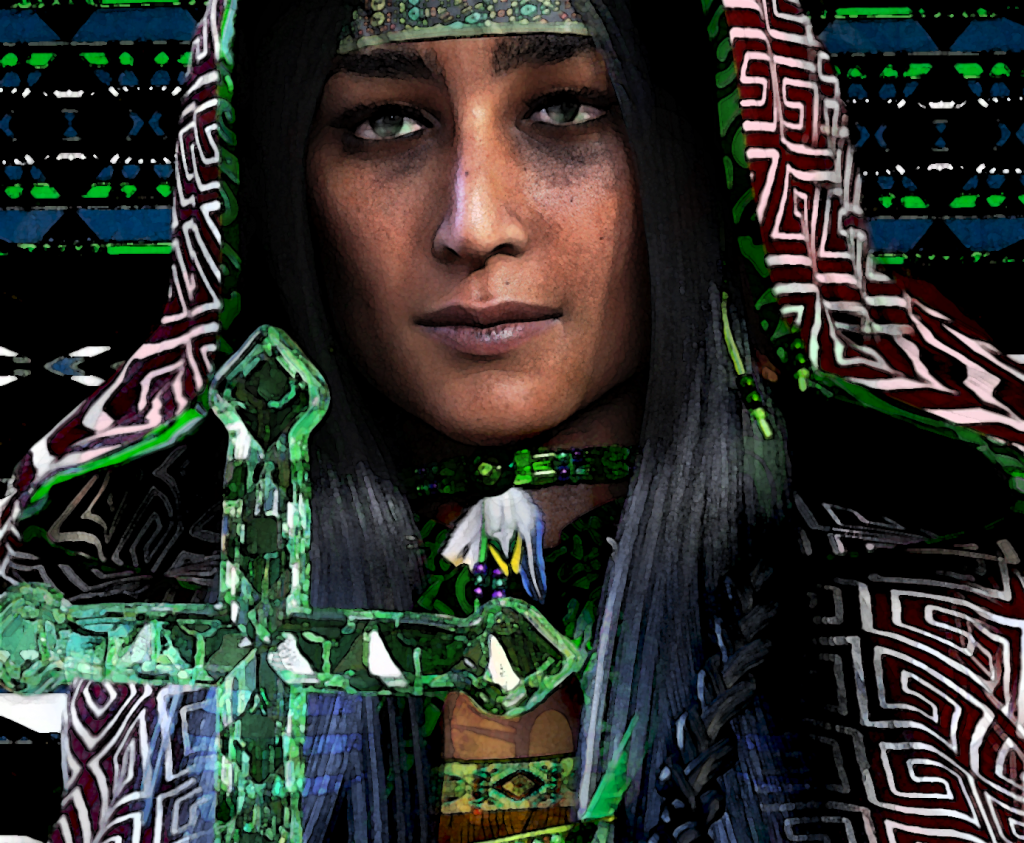 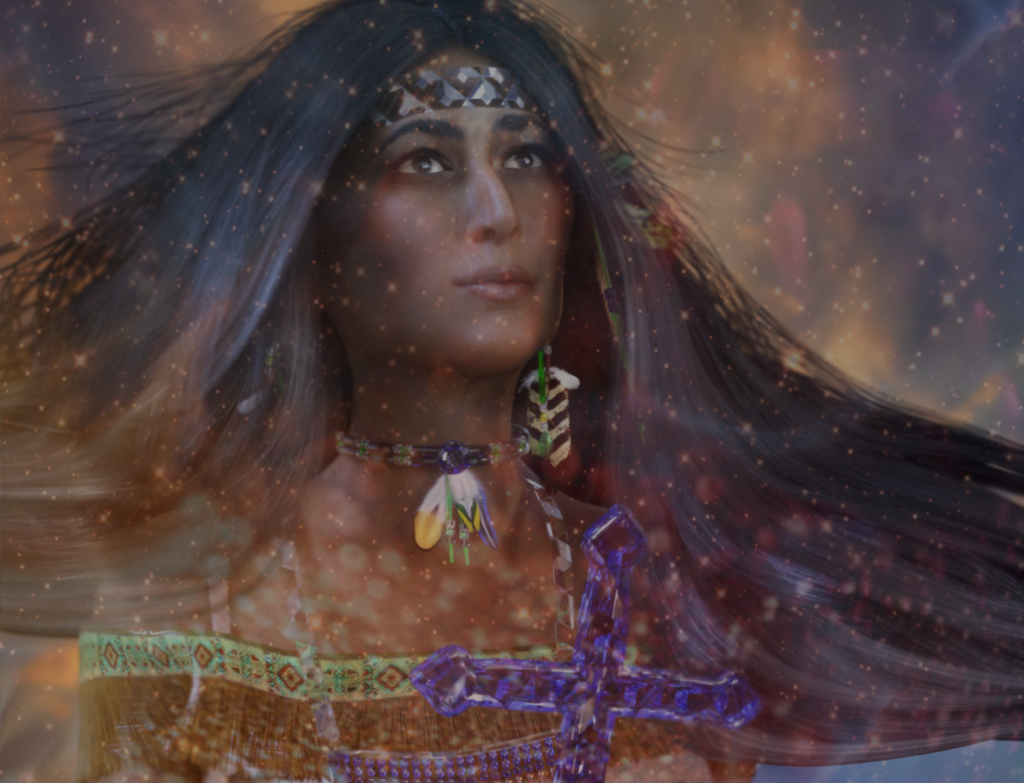 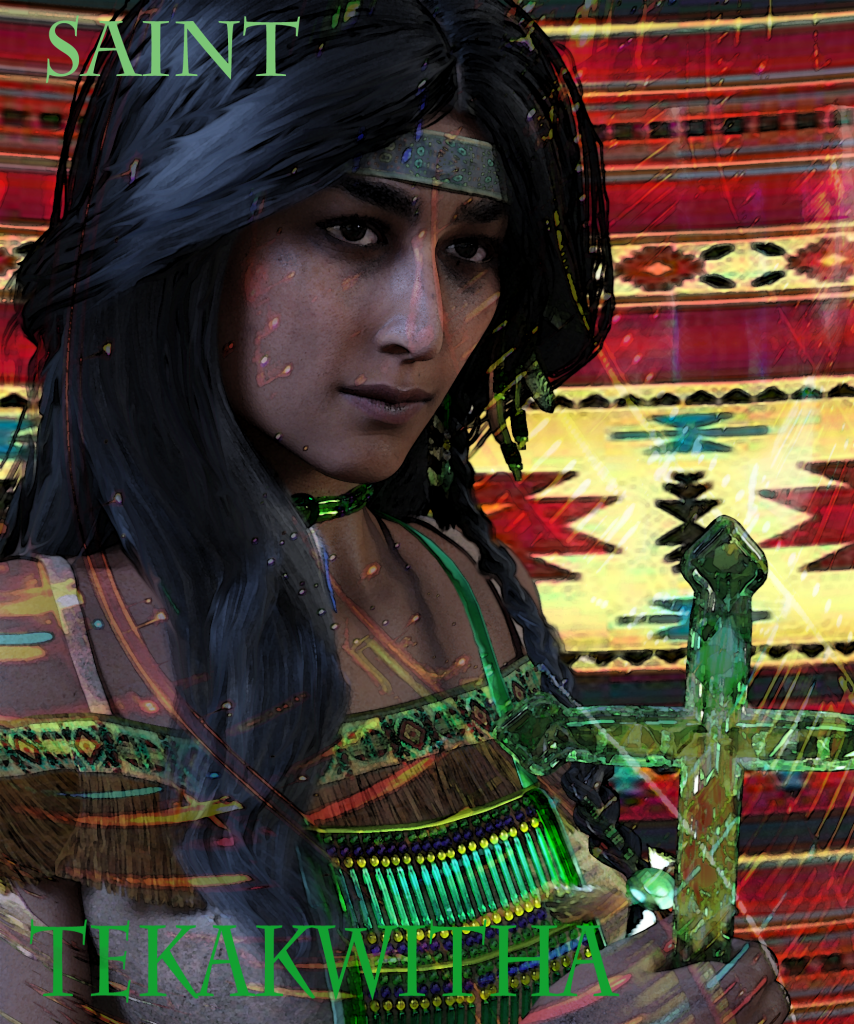 Saint Kateri was born in Upstate N.Y. in 1656 to a Christian Algonquin woman who had been given as a captive to her father, a Mohawk chief. Her family was ravaged by smallpox when she was 4 years old and she lost both of her parents and her brother. She survived with disfiguring facial scars and such weak eyesight that she was given the name Tekakwitha, meaning ‘ she who bumps into things.’ 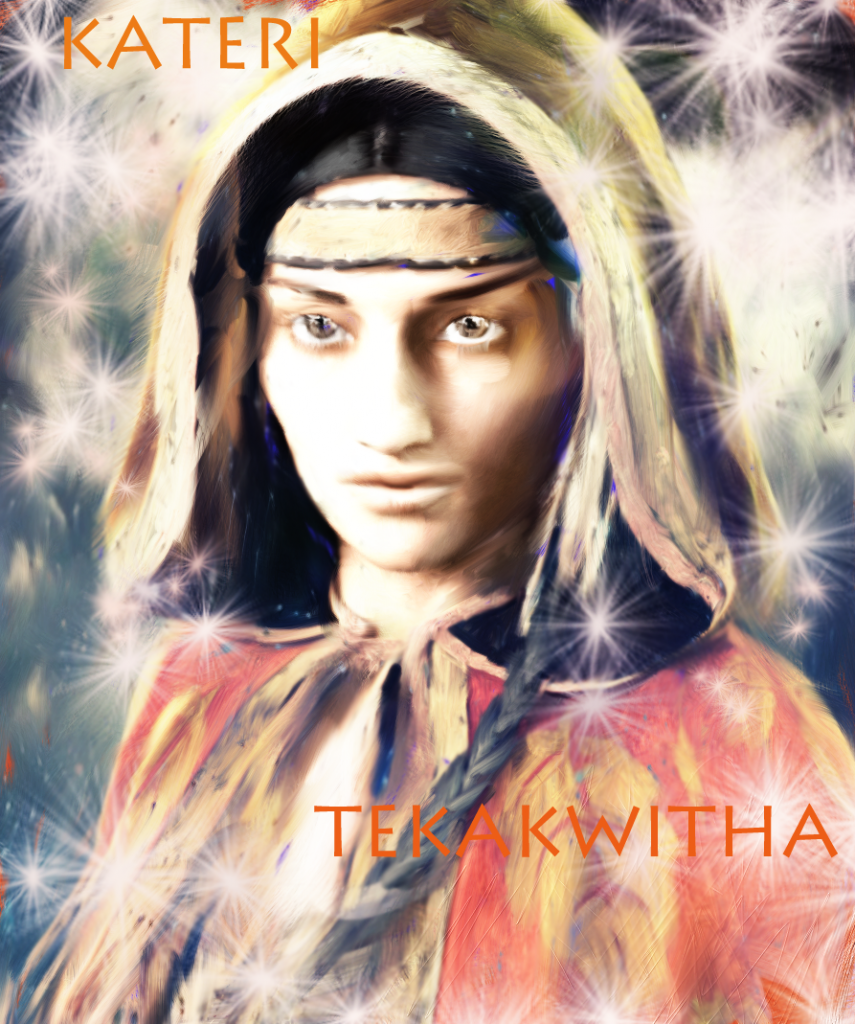 At 18, Kateri joined the Catholic church. Her family allowed it, but they were staunchly against Christianity. Kateri was ridiculed and shamed constantly due to her faith . Because she would not work on Sundays she was not allowed to eat on that day. 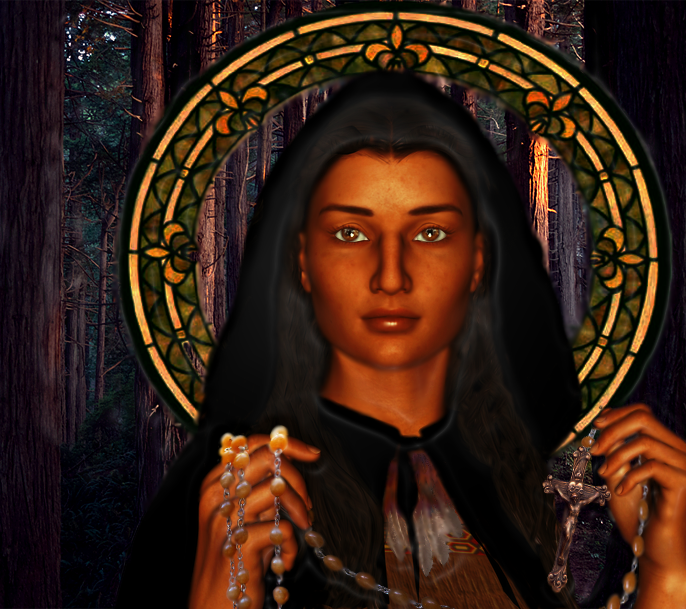 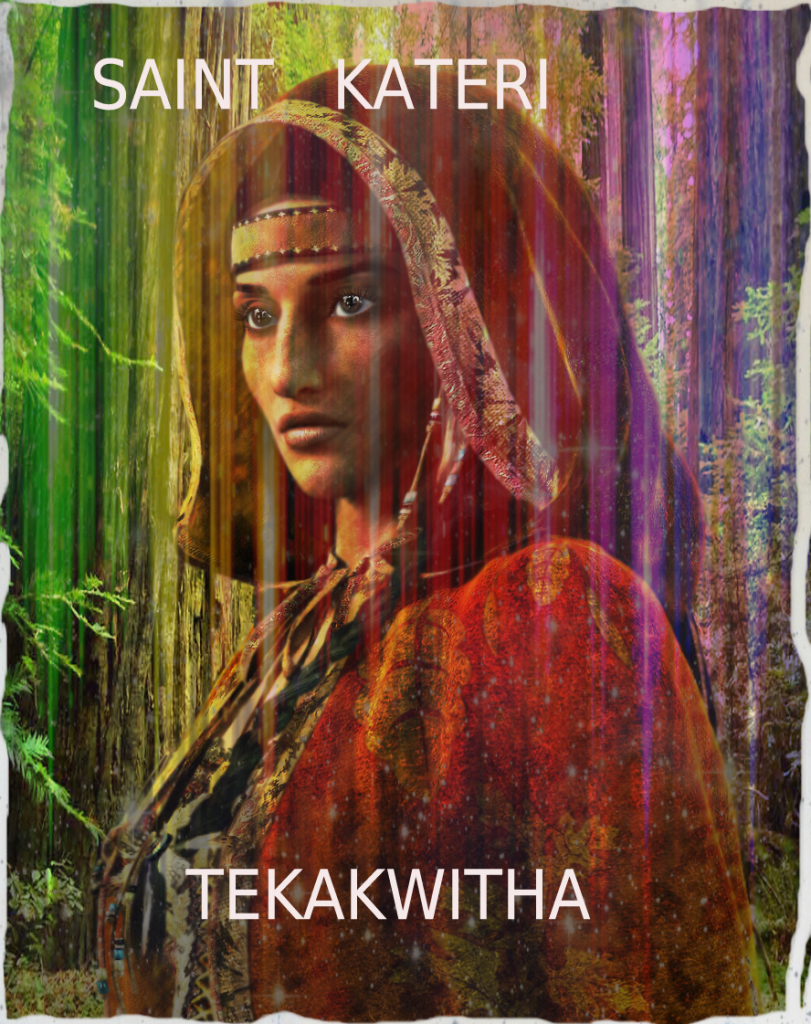 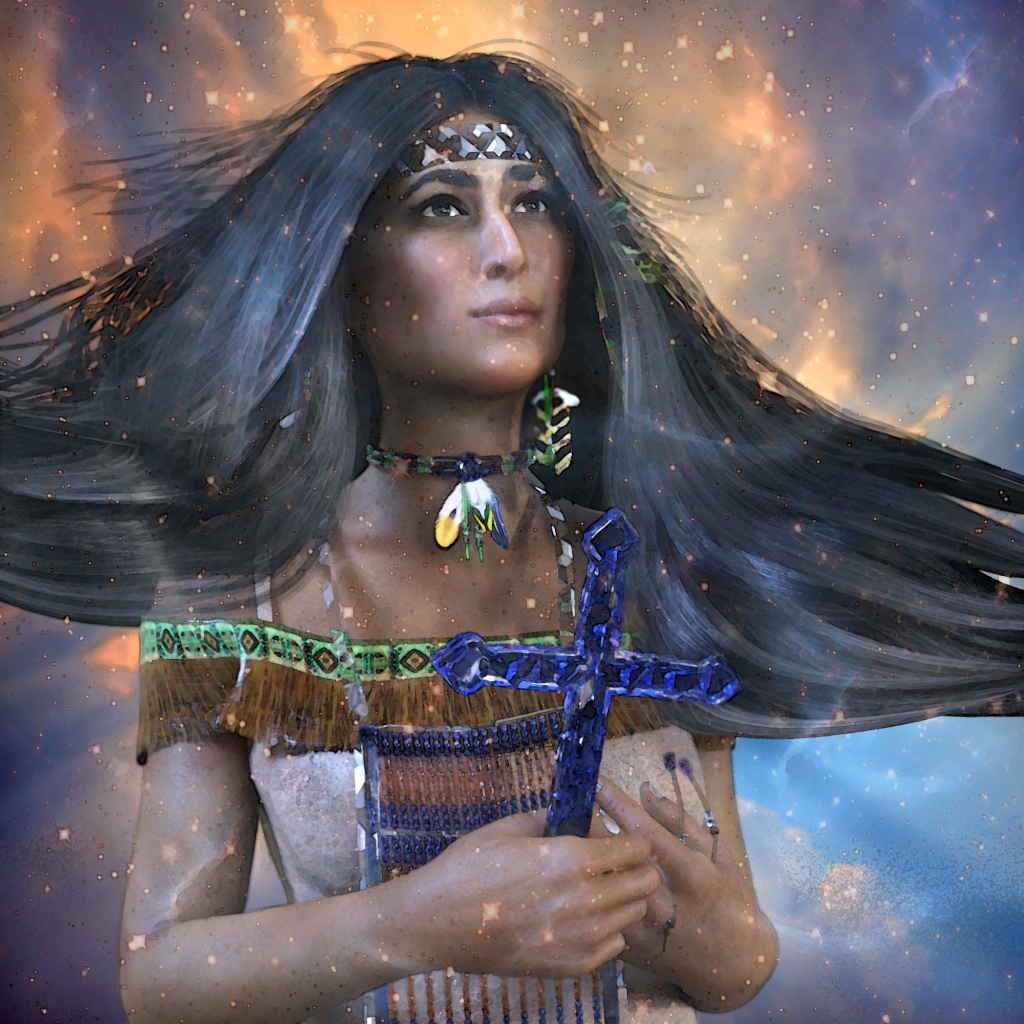 The scorn around her built up to the point where her life was threatened and she fled, walking almost 200 miles to a Christian Native Settlement in Canada.

After suffering a long illness, she died at the age of 23. Her last words were ‘ I love you Jesus’. 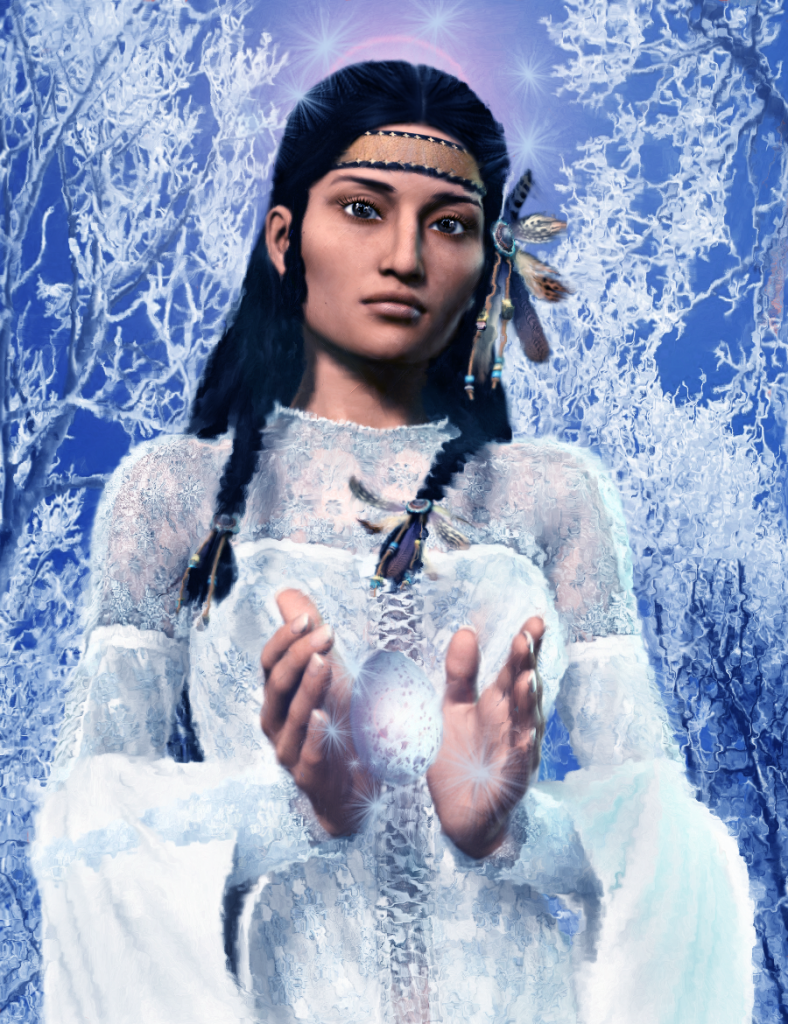 It was reported by witnesses, that after her death her facial scars disappeared and she was radiant. 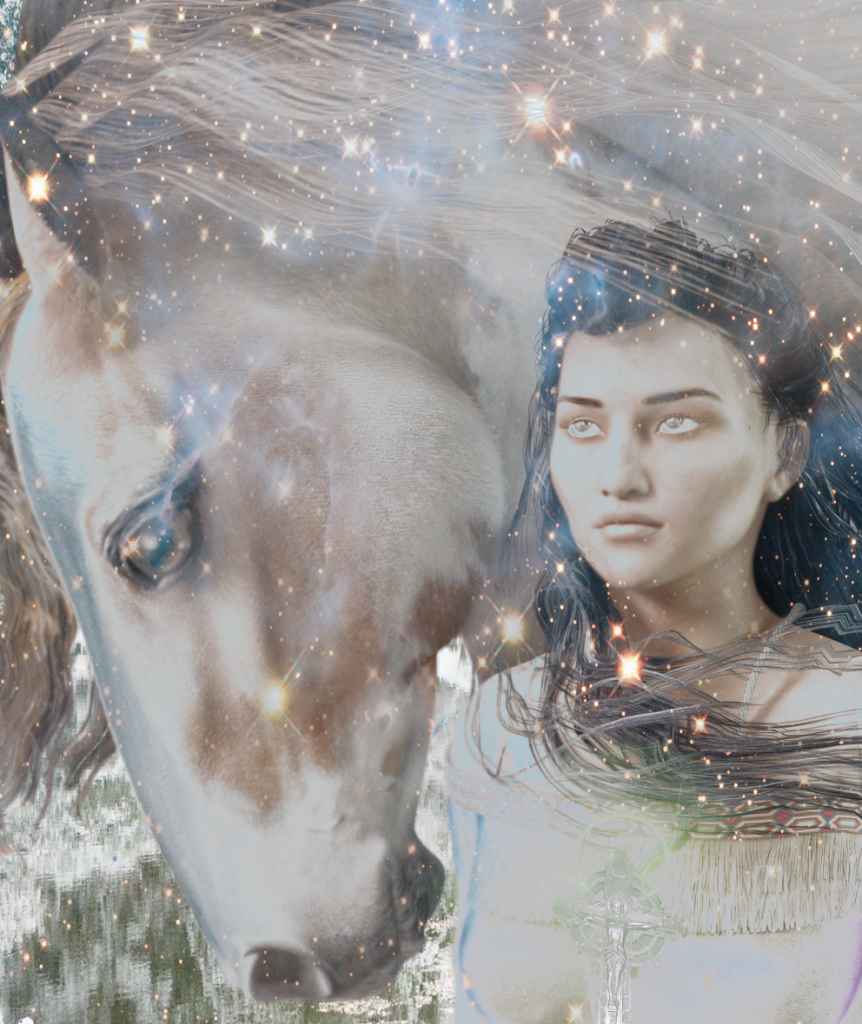 She is the Patron Saint of the Environment, and is known as The Lily of the Mohawks

She is the first Native American Saint. 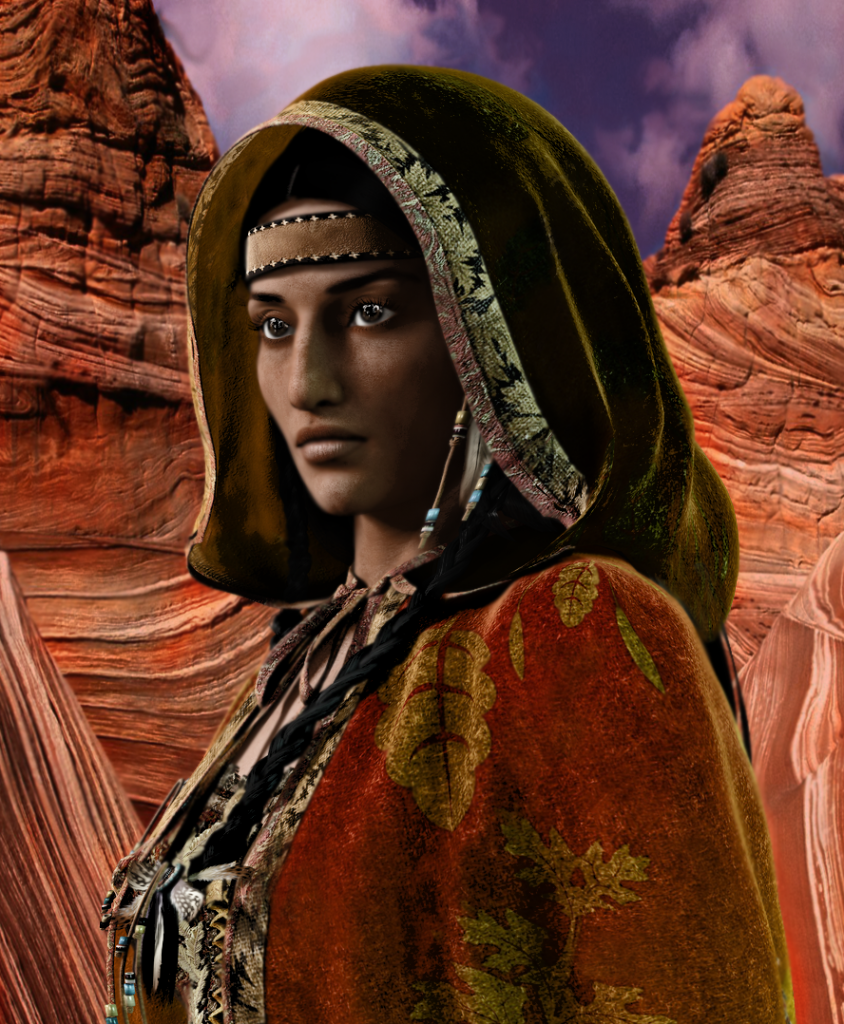 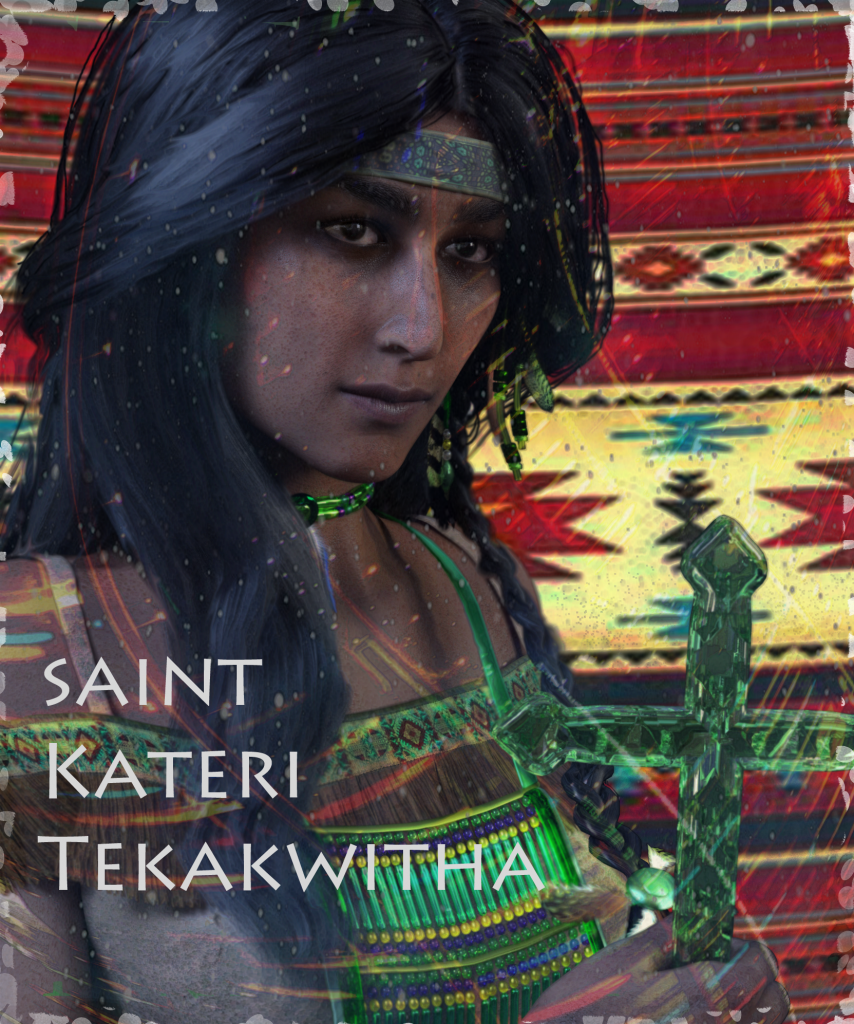