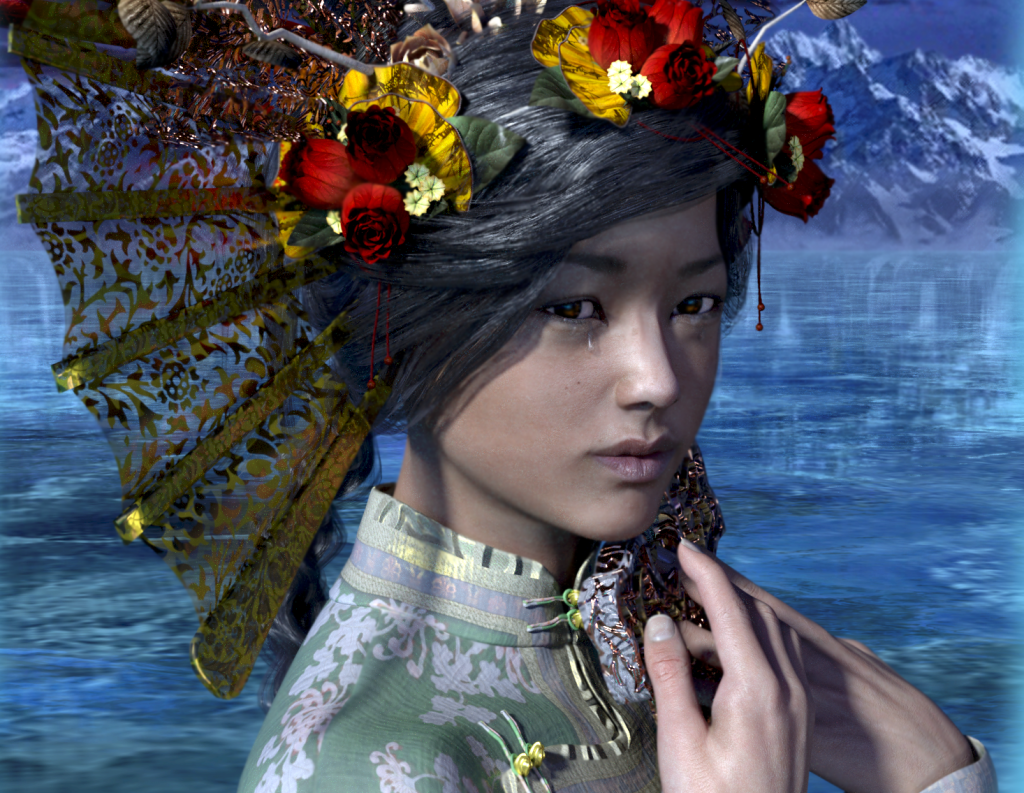 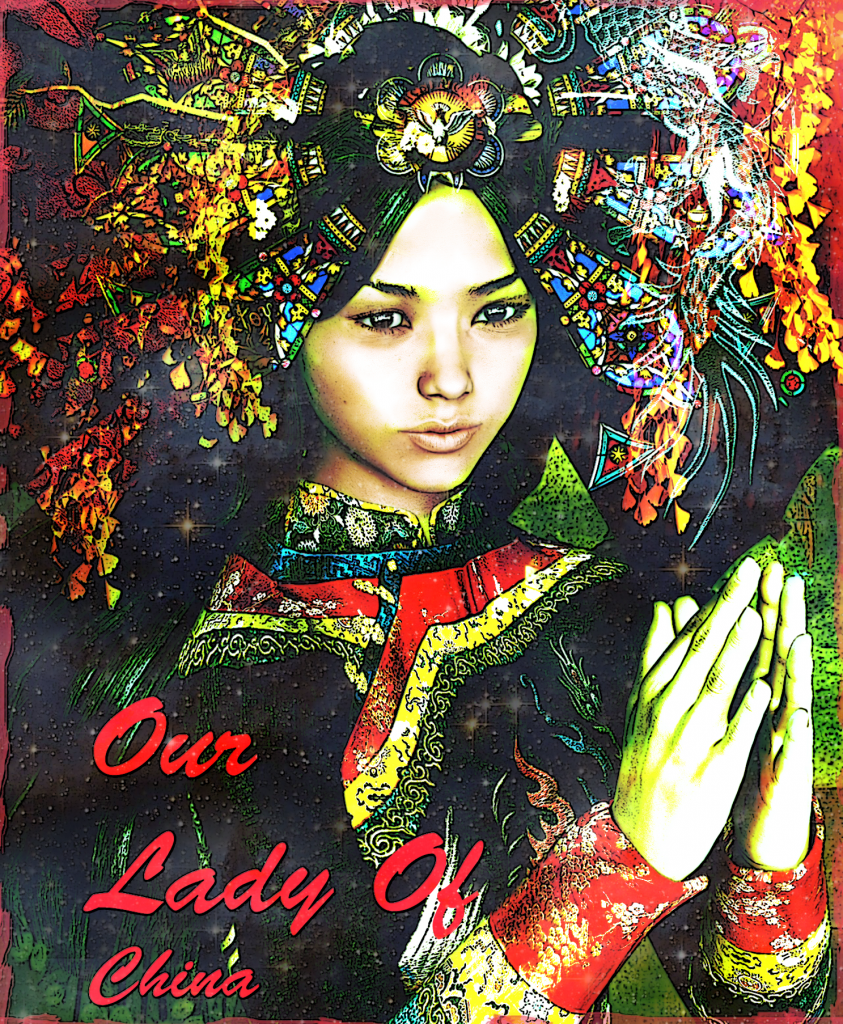 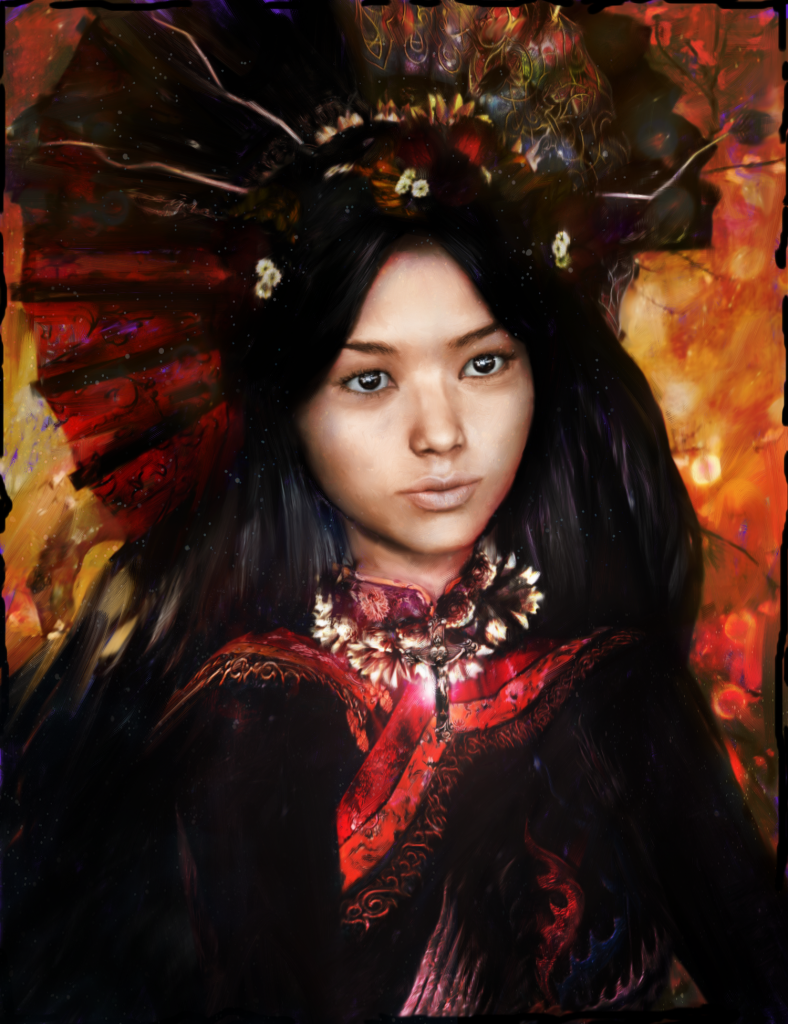 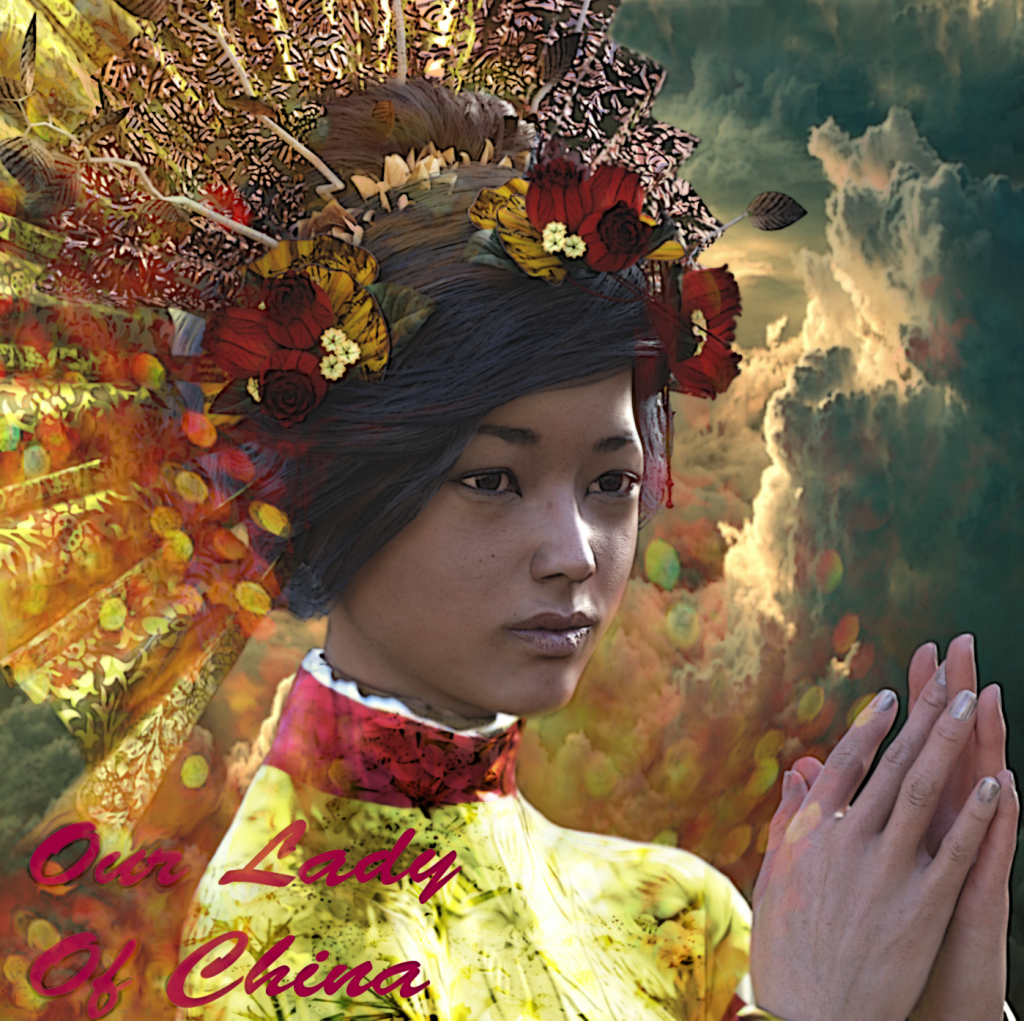 Our Lady of China is an approved apparition of the Virgin Mary who appeared in the sky over the impoverished village of Donglu China during the Boxer Rebellion. 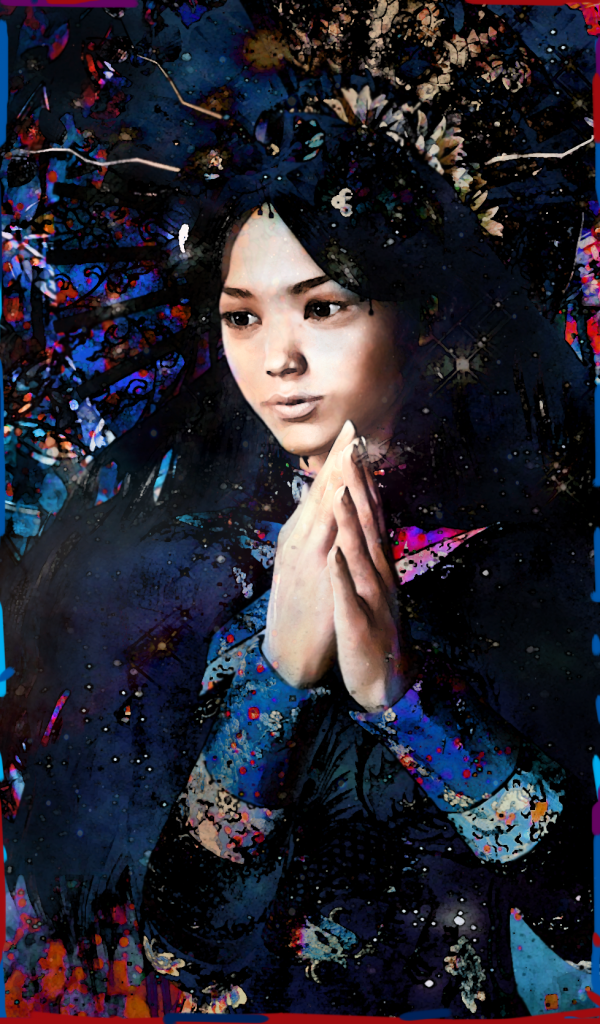 Almost 10 thousand soldiers were ready to attack the small village of about 1 thousand Christians. 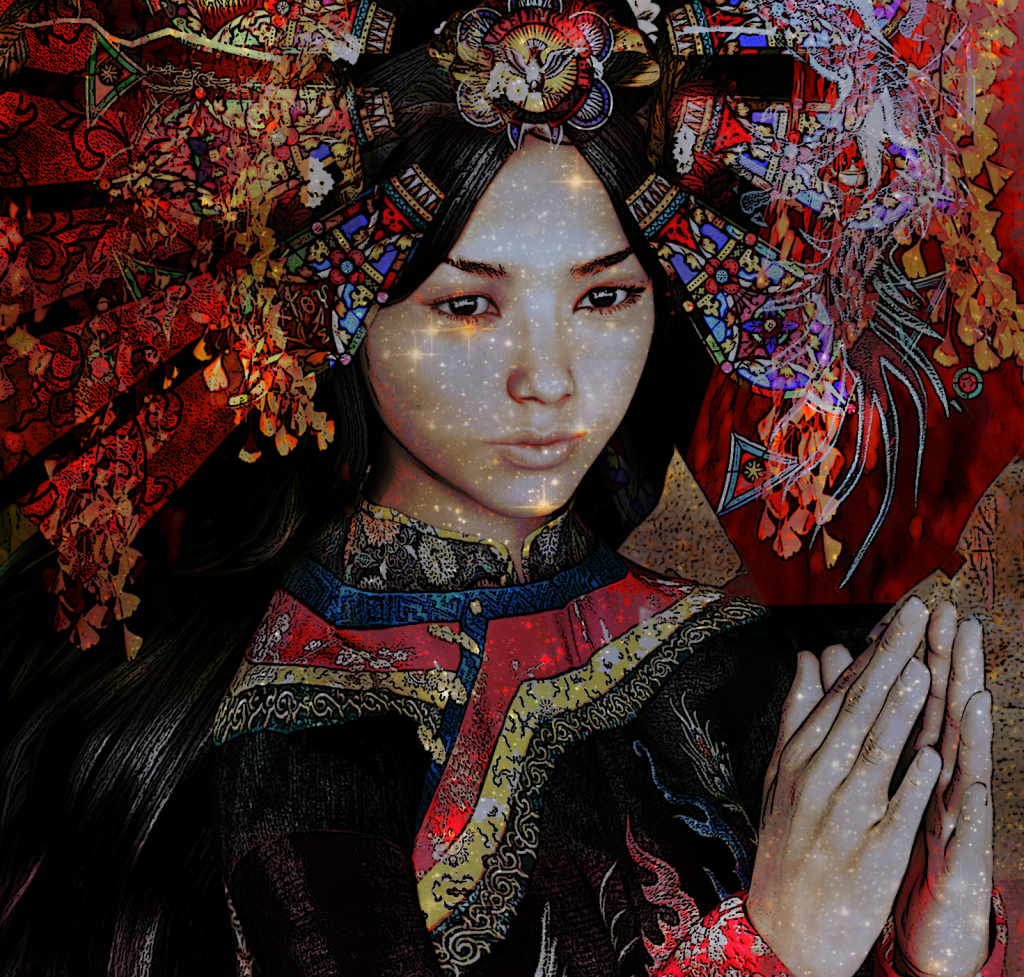 When the Blessed Virgin Mary appeared in the sky, the soldiers stopped and began shooting up at her instead of at the people.The soldiers suddenly dispersed and it is told that the fiery figure of Saint Michael on horseback had chased them off. 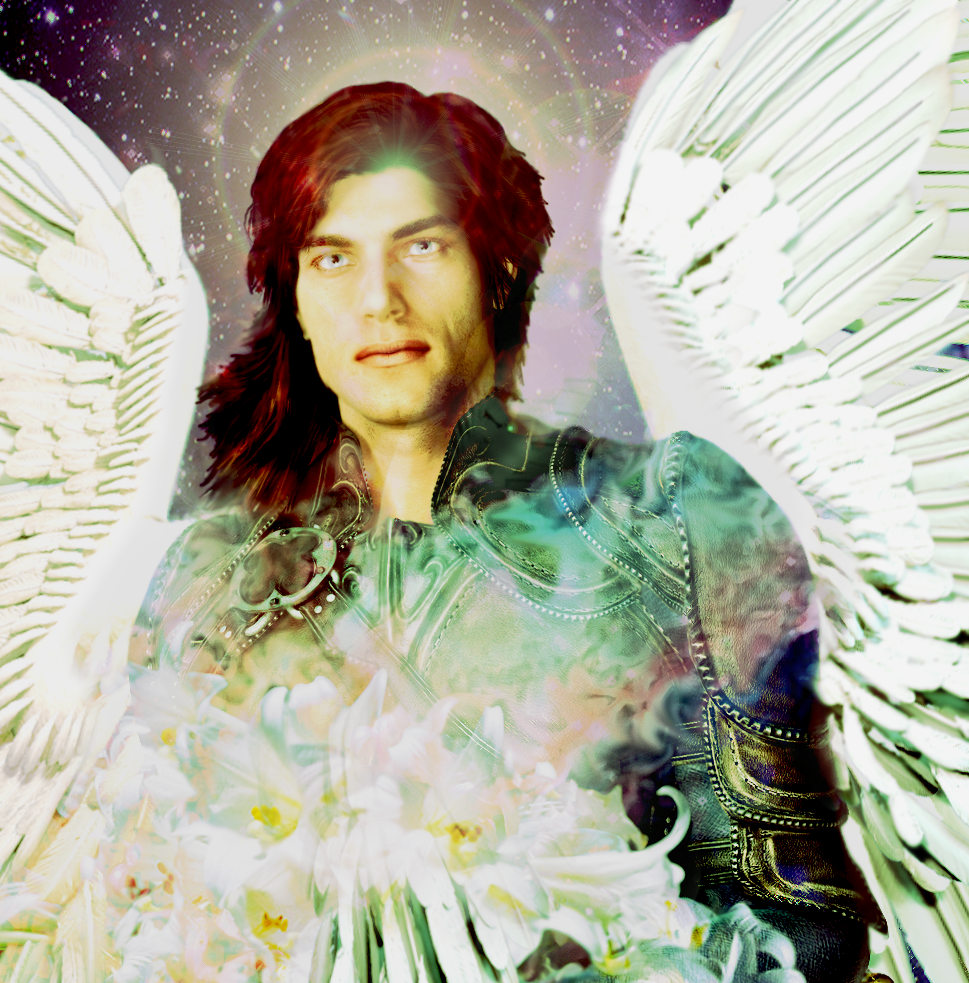 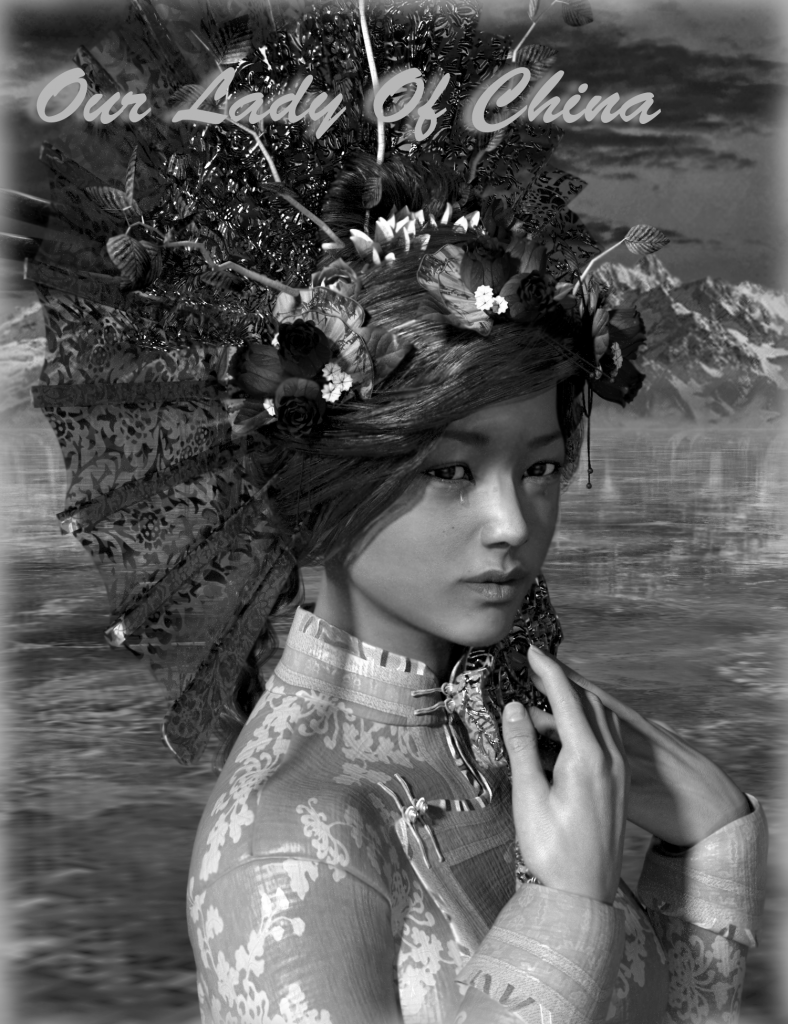 Valley of Tears, Our Lady of China

This apparition of the Virgin was approved by Pope Pius X1 in 1932. 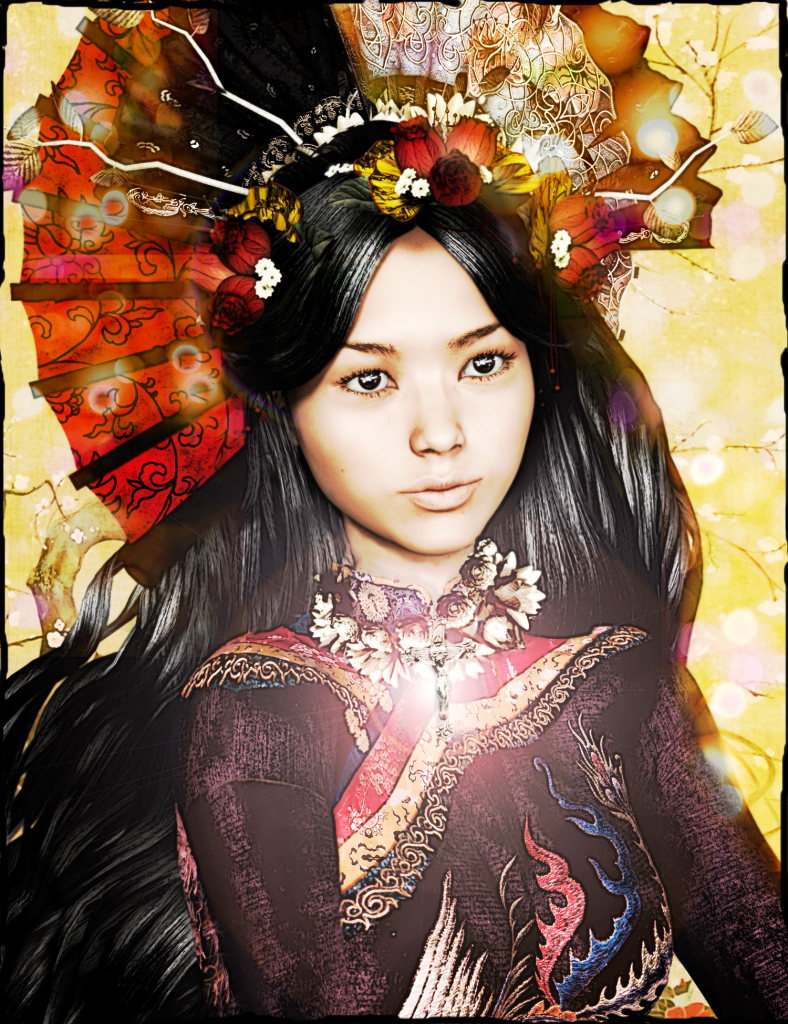